Vodafone rolls out a new prepaid plan offering 1 GB data and unlimited calling for 28 days at Rs 199, but there's a catch

Those thinking that this Vodafone data pack offers 1 GB data everyday for the 28 days are in for a rude awakening.

Vodafone, on 22 November, rolled out a new data plan for its prepaid users to compete with rivals such as Airtel and Reliance Jio. The data pack is for Rs 199 and it will offer unlimited calls on both local and STD numbers alongside 1 GB of 4G/3G data for 28 days. 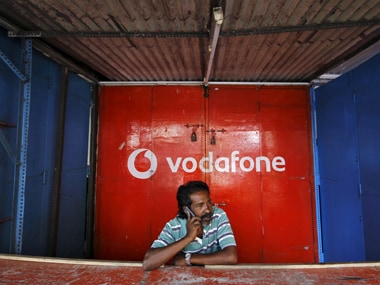 However, those thinking that the data pack offers 1 GB data every day for the 28 days are in for a rude awakening. The data pack in fact offers just that 1 GB of 4G data for the entirety of the month. Also, the calls are not exactly unlimited. They are limited to 250 minutes per day and 1000 minutes per week. After exhausting the limit the users will be charged 30 paise per minute.

There is also a restriction of not calling more than 300 unique numbers in a week. Doing so can result in charges of 30 paise per minute till the validity of the pack.

Earlier Vodafone had released two new data plans with a 1 GB per day data limit for Rs 509 and Rs 458 for prepaid users. These plans were believed to be in response to aggressive cashback offers of up to Rs 2,599 announced by Jio recently.