Vivo APEX 2019 expected to launch on 24 January in China with no notch, no bezels

Vivo APEX 2019 is also expected to come with a sixth-generation in-display fingerprint sensor.

The Vivo APEX concept smartphone sporting a full-screen display with a 98 percent aspect ratio and a retractable selfie camera made its first appearance at the Mobile World Congress (MWC) in 2018. After a positive response, the company launched its flagship — Vivo Nex and Nex S smartphone with a motorised pop-up camera.

Now the company seems to be following the tradition of experimenting and attaching quirky elements to its smartphone. As per a post on Weibo by the company, the Chinese company now is set to bring in something new with its upcoming phone called Vivo APEX 2019.

The company through the post has teased the launch of the new phone on 24 January in China.

The caption in the post roughly translates to: “A year ago, Vivo APEX portrayed a new world of full screens. A year later, #vivo APEX 2019# evolved again, using technology to wake up to the future. See you on January 24.” 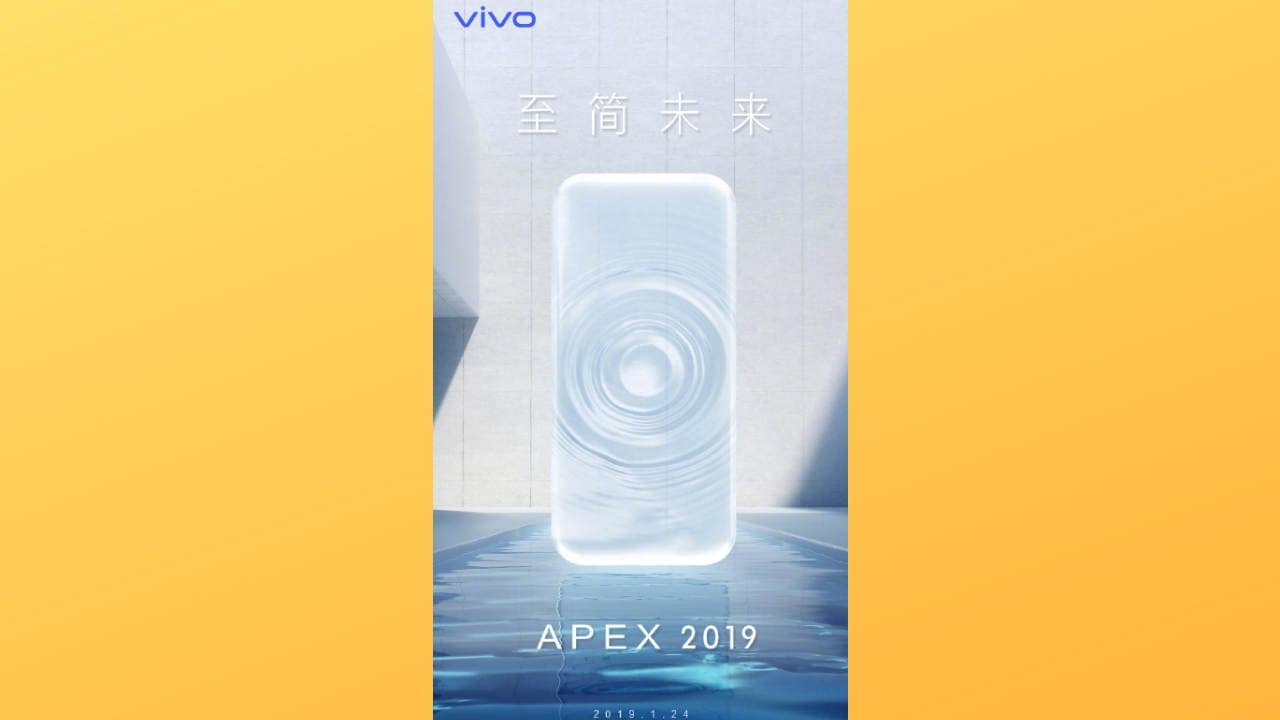 The report in GizmoChina mentions the phone to be codenamed as 'The Waterdrop' and is expected to come with a curved design with no notch, no physical buttons and no bezels.

Also, the phone is also expected to come with a sixth-generation in-display fingerprint sensor with a larger area and an improved sensor.