Warren said that because Apple runs the App Store, it has an immediate advantage over app developers

US Democrat Senator Elizabeth Warren has proposed a plan to break up big tech companies such as Google, Facebook and Amazon to prevent monopolies.

According to an article featuring an interview with Warren on The Verge, she has also made it amply clear that along with Google, Facebook and Amazon, Apple too would have to be broken up, as it also ticks off all the boxes regarding the criteria she had proposed.

"Apple, you’ve got to break it apart from their App Store. It’s got to be one or the other. Either they run the platform or they play in the store. They don’t get to do both at the same time," said Warren.

Customers walk past an Apple logo inside of an Apple store at Grand Central Station in New York, US. Image: Reuters

In a detailed post on Medium, highlighting why she wants to break up Big Tech, Warren said, "I want to make sure that the next generation of great American tech companies can flourish. To do that, we need to stop this generation of big tech companies from throwing around their political power to shape the rules in their favour and throwing around their economic power to snuff out or buy up every potential competitor." To drive home the point, Warren pointed out how penalising Microsoft in its heyday led to the formation of companies such as Google and Facebook.

Warren plans to go about this breaking up process in two ways: 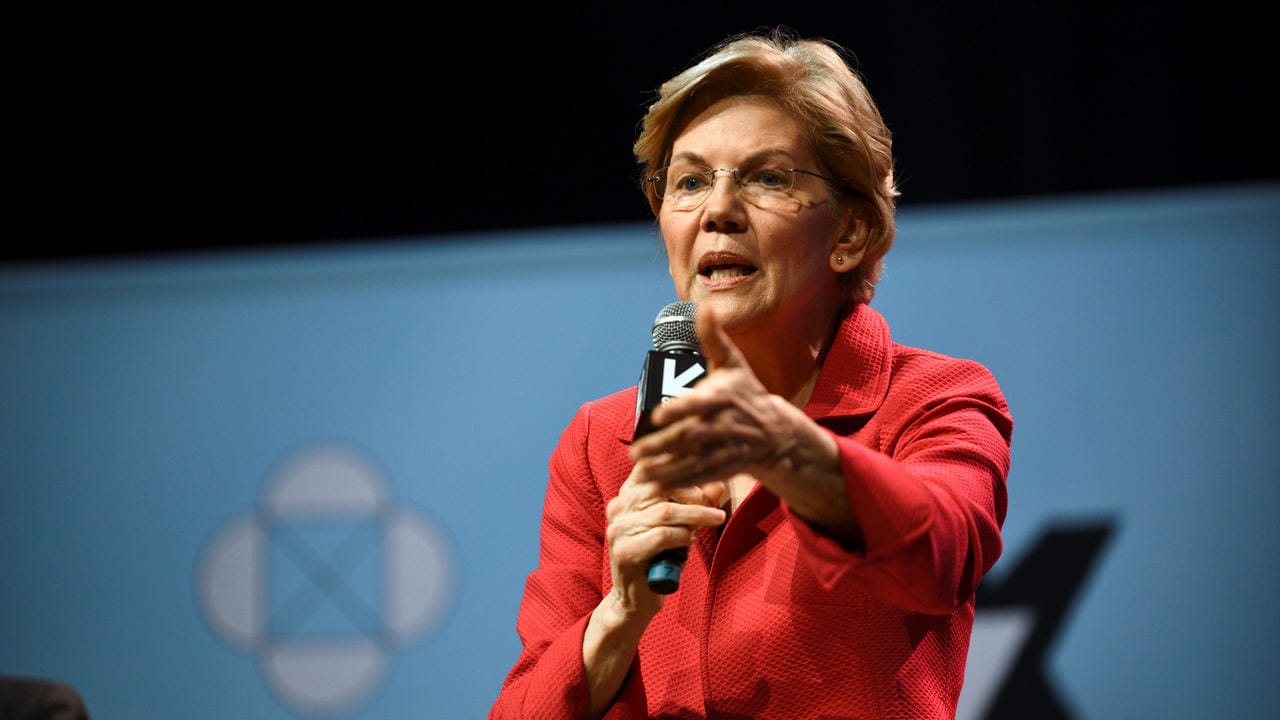 The idea behind this move, according to Warren, is that small businesses should not be gobbled up by Big Tech. For instance, if there is a small business selling its wares on Amazon and doing great business, there is a high chance that Amazon will either try to buy this seller or have a similar product on its marketplace, which Amazon could promote over the small business. Warren wants that to not be a concern for small business owners.

The M&A point is a good one: one of the advantages the big companies have is early data on trends and the ability to predict which little competitors will likely succeed, maybe before the small company knows itself. Then they can take them off the board with their cash reserves.

The e-commerce requirement is quite reminiscent of the recent e-commerce rules that were announced in India, which prevent online firms from getting into exclusive agreements with sellers and pushing sellers in which these e-commerce sites have a commercial interest. This had led to Amazon taking off some of its exclusive products such as the Kindle and so on from the Amazon India store. Things have now been restored after Amazon decided to modify its business structure to accommodate the e-commerce rules.

Another group of companies that Warren also has on her radar are US telecom companies, which almost operate like cartels — demarcating areas in the US where only one or two of these big players can determine what price customers pay for getting mobile internet on their phones.