According to the leak the Sony Xperia Z2 will be powered by a 3,130 mAh battery and will also support Quick Charge.

Sony's next smartphone is expected to be housing the just announced Qualcomm Snapdragon 845 chipset. The upcoming smartphone from Sony, expected to be called the Xperia Z2, will most likely be launched in the first quarter of 2018. 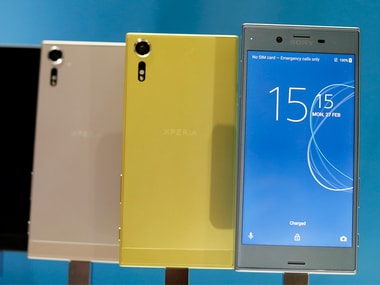 The smartphone is expected to come with Qualcomm Snapdragon 845 and bears a model number H8216. According to leaked images on social news aggregation platform Reddit, the leaked smartphone will feature a 5.48-inch FHD display, 12 MP front camera and 15 MP rear camera. The smartphone would come with 64 GB of internal storage and 4 GB RAM.

It will be powered by a 3,130 mAh battery and will also support Quick Charge 4+ technology. The dimensions of the device are expected to be 148 x 73.4 x 7.4 mm and it will be weighing 156 g. The leak also suggests that it will come with Android 8.1 Oreo and IP68 rating to make it water and Dust resistant.

The Qualcomm Snapdragon 845 packs Kryo 385 processor cores clocked at 2.8 GHz and four efficiency cores clocked at 1.8 GHz. It is built on the 10 nm LPP FinFET process. The chipset will support Quick Charge 4+ technology for faster charging and will come with an integrated Qualcomm Spectra 280 image signal processor and Qualcomm Adreno 630 graphics processing unit.

Here are the five things you should know about the Qualcomm Snapdragon 845 chipset.