Twitter now allows users greater control of their conversations on the platform.

Twitter has rolled out a new moderation tool, which will allow users to limit how many people can reply to their tweets. All users will now be able to select the people who will be allowed to reply while composing a new tweet.

Starting today, the setting will be available for all iOS and Android users. 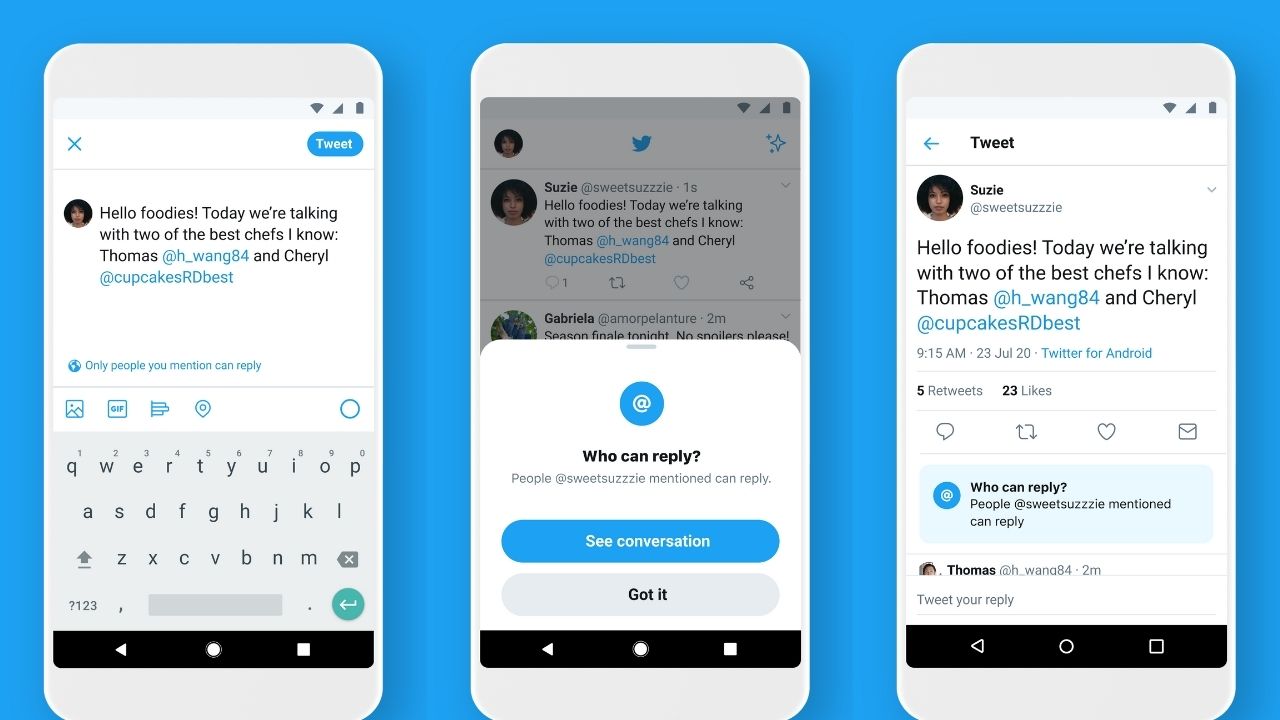 Twitter limit reply feature is now available for all users.

There are three ways users can choose who can reply to their tweets:

3) only people you mention.

We tested, you Tweeted, and now we’re rolling it out to everyone! pic.twitter.com/w6Q3Q6DiKz

This comes days after Twitter wrongfully included the details of the tweet reply limit feature in an update sent out to iOS users. Soon after the update, Twitter acknowledged it was mistakenly sent out.

Twitter started testing the feature in May. At CES 2020 in January, Twitter’s VP of Product Kayvon Beykpour announced the company's plans to test this feature. “The primary motivation is control,” he said today. “We want to build on the theme of authors getting more control and we’ve thought… that there are many analogs of how people have communications in life,” he told TechCrunch.