The internet group says the rules force foreign nationals "to surrender their anonymity in order to travel to the United States" and "chill a vast quantity of speech and associational activity."

In court papers filed on Thursday, the social media sites and the Internet Association, representing Facebook, Amazon.com, Alphabet and others, said the rules force foreign nationals "to surrender their anonymity in order to travel to the United States" and "chill a vast quantity of speech and associational activity."

The Doc Society and the International Documentary Association filed suit in US District Court in Washington, DC, in December. They said they regularly collaborate with non-US filmmakers and warn that visitors must "consider the risk that a US official will misinterpret their speech on social media, impute others’ speech to them, or subject them to additional scrutiny or delayed processing because of the views they or their contacts have expressed." 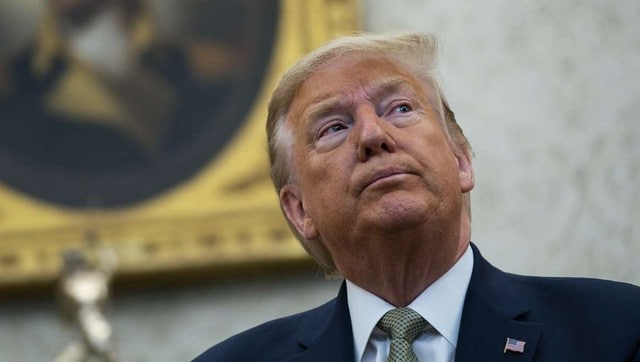 The latest filing comes amid an escalating feud between President Donald Trump and tech companies. Twitter on Friday hid a Trump tweet behind a warning for the first time. It came hours after Trump signed an executive order threatening Silicon Valley social media firms with new free speech regulations, after Twitter added a fact-checking tag to two previous tweets.

The State Department rules require disclosure of all social media handles used over the prior five years by US visa applicants, including ones under pseudonyms, on 20 platforms.

The Justice Department has argued in court papers that "information gleaned from social media profiles can be used to determine activity, ties, or intent that would be grounds for visa denial, including criminal acts."

The department receives more than 14 million applicants annually. The only travelers exempted from the social media rules are diplomatic and official travelers.