There may not be an Apple iPhone SE 2 this year: KGI analyst, Ming-Chi Kuo

Even if there happens to be another Apple iPhone SE, the only boost it might get is in terms of its processing speed and not much else such.

If reports coming out of the Apple rumour mill are to be believed then a rough blow could be headed towards all iPhone SE fans. The inexpensive, small and durable iPhone model may not have a successor in 2018 as we had all been speculating earlier. 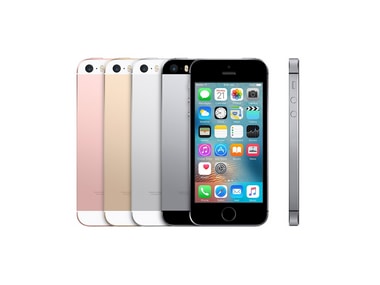 KGI Securities analyst, Ming-Chi Kuo has put to rest the rumours of a new iPhone SE model according to a report by Macrumors. Even if there happens to be another iPhone SE, the only boost it might get is in terms of its processing speed and with features such as wireless charging and Face ID still being out of reach.

Kuo has already speculated that Apple will launch three iPhones this year and it would seem that lack of resources would be a big factor for no iPhone SE model being launched this year.

"The announcement of three new iPhone models in the same quarter in the second half of 2017 was the first time Apple made such a major endeavor, and we believe the delay of iPhone X, which had the most complicated design yet, shows that Apple doesn't have enough resources available for development," said Ming-Chi Kuo in his report.

Apple hasn't changed the iPhone SE since they launched the device back in March 2016, except for doubling the storage to 64 GB last year. The iPhone SE takes the small display from the iPhone 5S and the processing power and camera of the iPhone 6S to target niche set of audience who still prefer small sized phones. The device was quite popular in Europe and also in India, where a pilot plant was set up to manufacture iPhone SE phones at a lower cost.