The OnePlus 6 could look a lot like the Oppo R15 with a tiny notch at the top: Report

While we are just a few months away from the launch of the 'non-T' upgrade to the OnePlus 5T, called the OnePlus 6, there are surprisingly just a handful of leaks to ogle at this year. Luckily, Oppo just launched its R15 smartphone so we can finally start speculating about what's going to be different in the upcoming OnePlus 6. 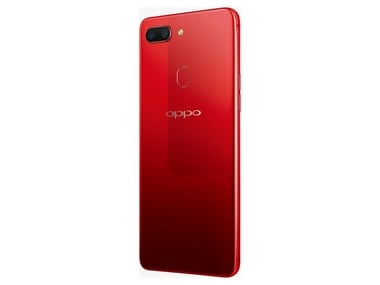 The Verge checked out the obvious correlation between recent launches by OnePlus and their similarities with Oppo's mid-range smartphones. This makes sense because Oppo is also owned by BBK Electronics, which also own the OnePlus brand.

With that in mind, it's easy to deduce what this year's OnePlus 6 would look like.

Keeping with the trend of sporting notches as seen by the numerous smartphone launches at the Mobile World Congress (MWC) this year, it makes every bit of sense for the OnePlus 6 to sport one as well.

A quick look at the just-launched Oppo R15 and it seems that the notch and that edge-to-edge full-screen display could make it to the OnePlus 6 as well. Oppo's notch is similar to the one found on the heavily-advertised Vivo V9, another smartphone brand owned by the same parent company as OnePlus and Oppo. Again, this not a bezel-less approach like on the Apple iPhone X, as the Oppo R15 does have a small chin at the bottom of the display just like one on Asus's ZenFone 5 models. The chassis too is expected to be made out of aluminium with the back panel being made of glass on the standard model or ceramic-like on the Dream Mirror Red variant.

At the back is where the confusing bit lies. The last OnePlus leak hinted at a rounded back with cameras placed vertically and center-aligned on the back. The Oppo R15 features a camera unit placed in the same spot as the OnePlus 5T, so it isn't clear what OnePlus plans to do with its camera just yet. The Oppo R15 was launched in China on 21 March and features a 6.28-inch FHD Plus OLED display with a 19:9 aspect ratio. The device features a MediaTek P60 SoC clocked at 2.0 GHz and is paired with 6 GB RAM and 128 GB of internal storage. Oppo also announced an R15 Dream Mirror Edition that features a ceramic back and packs in a Snapdragon 660 chipset clocked at 2.2 GHz. The OnePlus 6, on the other hand, is expected to feature a Qualcomm Snapdragon 845 SoC inside, and the recently leaked benchmark screenshot by Android Central confirms the same. The highlight of the device, apart from the notch, is its ability to display 'real-time graded exposure' that lets users see the effect of HDR imaging in the viewfinder itself while shooting images. Hopefully, the OnePlus 6 features the new HDR trick since most buyers will be waiting to see something new in terms of innovation from OnePlus this year.