The new Apple Mac Pro is coming in 2019 and it will be built based on the pro community's inputs: Report

The good news is that the Mac Pro workstation is still alive. The bad news is that will arrive a year from now, which adds to the long waiting period for Apple's Pro users.

After dropping a bomb with the news to switch to its own chipsets from 2020, another shocker coming from TechCrunch sheds light on Apple's developments with its long-awaited update to the 2013 Mac Pro. 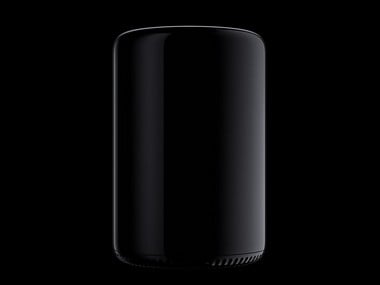 The good news is that the Mac Pro workstation is still alive. The bad news is that it will arrive a year from now, which adds to the long waiting period for Pro users.

According to TechCrunch that was invited over to meet Apple's development teams, the Cupertino giant is working hard on its new Mac Pro and it is expected to be launched in 2019.

The showcase included both interviews and demos that reveal how Apple has changed its approach to the development of its Pro systems and related apps.

Apple revealed that there is 'Pro Workflow Team', one that works closely with the hardware, software development and even communicates ideas and inputs put forth by customers.

“It’s very diverse. There’s many different types of pros and obviously they go really deep into the hardware and software and are pushing everything to its limit. So one thing you have to do is we need to be engaging with the customers to really understand their needs. Because we want to provide complete pro solutions, not just deliver big hardware, which we’re doing and we did it with iMac Pro. But look at everything holistically.” said John Ternus, vice president of hardware engineering in the interview.

While it may have ignored the Mac Pro for quite some time now, Apple in the interview seemed very serious about its upcoming product. So much so, that took things a step further and even hired creatives from various industries so that it clearly know what are pain points when it comes to workflows not just for one industry but a variety of them.

Apple last year announced its first new machine since the 2013 Mac Pro, called the iMac Pro. It was launched in India in 2018 with price tags starting from Rs 4,15,000 for the stock configuration that included a 27-inch 5K display, an 8-core Intel Xeon W CPU clocked at 3.2 GHz, 32 GB of ECC RAM, a 1 TB SSD, a Radeon Vega56 GPU and plenty of USB-C outputs rated for Thunderbolt 3, USB-A ports and a 10 Gigabit Ethernet port. It will be a whole 6 years until Apple's pro users will see the next revamp of the cylindrical Mac Pro in 2019.