The Apple iPhone X was available for pre-order in India for a mere 15 minutes before stock ran out: Report

Considering the slim response to iPhone 8 and iPhone 8 Plus, the Apple’s iPhone X seems to have received great response in the subcontinent.

Concerns of Apple's newest and most expensive tenth anniversary iPhone being too expensive for India can be put to rest. Apple's flagship smartphone, which was available for pre-order at 12:31 pm on Flipkart and Amazon India is already out of stock on both sites. 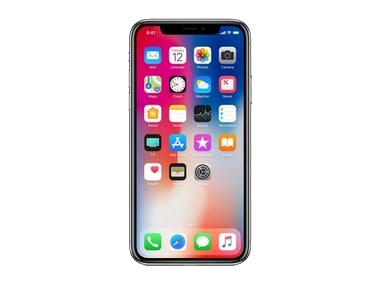 Considering the slim response to iPhone 8 and iPhone 8 Plus, the Apple’s iPhone X seems to have received great response in the subcontinent. According to Gadgets Now, it had gone out of stock within 15 minutes.

The interest in the phone, despite the price, is understandable. It's the first time in three years that Apple is changing the design of its iconic phone, after all, and the first one to drop that iconic home button. It's also just as likely that the quick sell out can be attributed to extremely limited stocks.

The phone comes with a buttonless and nearly bezel-less display. This phone has given up on its Touch ID feature, opting instead for the Face ID feature which is Apple’s biometric technology, used to unlock the phone.

The smartphone comes with a Super Retina display with HDR. And according to a previous report, it is the first Retina OLED display from Apple. It's also powered by what appears to be the most powerful smartphone chipset yet and can use Portrait Mode and Portrait Lighting effects in selfies.

Talking of specifications, the iPhone X is powered by the 64-bit hex-core A11 Bionic chip with two high-performance cores and four high-efficiency cores. The rear camera is a 12 MP dual camera setup with an ƒ/1.8 wide-angle lens and a ƒ/2.4 telephoto lens. It has two sensors, both of which support optical image stabilisation. Meanwhile, the front facing TrueDepth camera has a resolution of 7 MP with an ƒ/2.2 aperture. The tenth anniversary, iPhone X has a water and dust resistance rating of IP67, which makes it dust and splash resistant.