Tablet shipments grow by 7.22 percent while total sales drop by 26.8 percent due to GST

IDC attributed the steep fall in consumer sales to the implementation of the Goods and Service Tax (GST) regime.

Tablet PC shipments in India saw a marginal 2.9 percent rise to 7.22 lakh units in June quarter over the previous three-month period, helped by healthy growth in the commercial segment, as per research firm IDC. 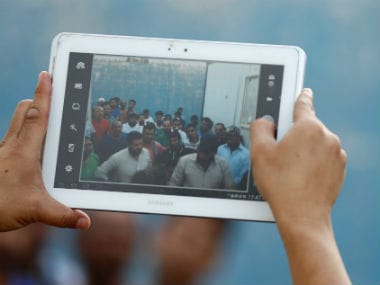 IDC attributed the steep fall in consumer sales to the implementation of the Goods and Service Tax (GST) regime. "Uncertainty about the levy of the new tax structure restricted the stocking of inventory and in turn led to limited sell-in of tablets in the country," IDC India Associate Market Analyst (Client Devices) Celso Gomes said.

Digital projects across government and education sectors are the key driving verticals for the growth of the commercial sector, Gomes added.

IDC India Senior Market Analyst Jaipal Singh said consumer segment shipment is expected to be better in the second half of the year, recovering from two-quarters of consecutive decline as the market prepares for the upcoming festival season.

"However, vendors will continue to focus on commercial deals to channelise the digitalisation wave in the country," he added. Lenovo led the market with 21.8 percent share, followed by Samsung (20.6 percent), Datawind (18.2 percent), iBall (15.2 percent) and Apple (7.7 percent).