Citizens and leaders across the political spectrum have offered overwhelming support to the Indian Space Research Organisation (ISRO) after the agency lost contact with the lander module comprising the Lander Vikram and Rover Pragyan, a hitch in India's ambitious space project Chandrayaan 2

All systems were operating normally during the initial period of the automated powered descent phase. Contact was abruptly lost some 2.1 kilometres above the moon's surface when the lander was in its 'fine braking' phase.

ISRO Chairman confirmed the same in an address to the press. The scientists are now analysing the data to determine what went wrong and should release an update soon. Thankfully, the most important component of the mission, the Orbiter, which will orbit the moon for at least a year, is operating normally. 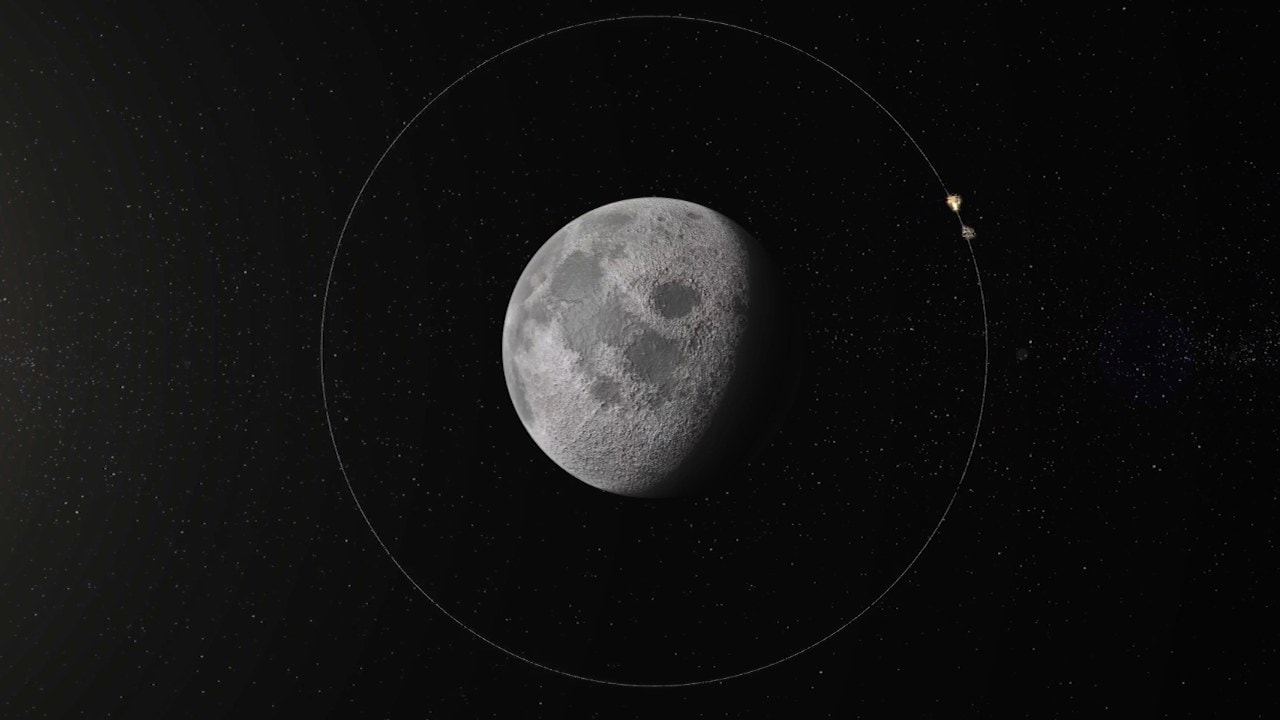 Prime Minister Narendra Modi expressed his support for the fine work done by ISRO scientists so far and he asked them not to lose hope. Support has also been pouring in from all corners of the globe.

India is proud of our scientists! They’ve given their best and have always made India proud. These are moments to be courageous, and courageous we will be!

Chairman @isro gave updates on Chandrayaan-2. We remain hopeful and will continue working hard on our space programme.

Home Minister and BJP president Amit Shah said ISRO's achievement with getting Chandrayaan-2 so far has made every Indian proud. "India stands with our committed and hard working scientists at @isro. My best wishes for future endeavours," he tweeted.

The nation stands by the entire team of @isro as we wait in these tense times. Your hard work and commitment has made our nation proud. Jai Hind.#Chandrayaan2Landing

Congress President Sonia Gandhi released a statement saying, "We owe a great debt to ISRO and the brilliant men and women who staff it."

Congratulations to the team at #ISRO for their incredible work on the Chandrayaan 2 Moon Mission. Your passion & dedication is an inspiration to every Indian. Your work is not in vain. It has laid the foundation for many more path breaking & ambitious Indian space missions. 🇮🇳

Making the announcement could not have been easy for ISRO Chairman K Sivan:

One cannot even imagine his state of mind while announcing ‘The Communication was lost’ for #Chandrayaan2. They have all have given years for one dream. We all are proud of you @isro, We shall overcome. pic.twitter.com/NslSUaUap1

Priyanka Gandhi Vadra tweeted words of inspiration, adding that the whole nation proudly supported the space agency in spite of the minor setback suffered by the agency.

Proud of each and everyone on the #ISRO team. Setbacks are a part of the journey; without them, there is no success. The whole nation stands with you and believes in you.

An astronomer from the Netherlands appears to have been the first to report the failure of the mission. He identified the moment that contact was lost:

It looks like the @isro #Chandrayaan2 Vikram lander has crashed. After the rough braking phase the Doppler curve from @radiotelescoop shows some wiggles, and then, at 20:20:01UTC the signals disappeared... pic.twitter.com/YQzriRslQ3

This tweet sums up most people's feelings towards ISRO right now:

Lost communication but not hope... Every single person in India can feel the heartbeat of #chandrayaan2#VikramLander ....@isro You brought the nation together once agian.....we are always proud of you guys️....it's just a comma.... #ISRO#Chandrayaan2Landingpic.twitter.com/CFE0atYNYR

This is what Anand Mahindra had to say:

The communication isn’t lost. Every single person in India can feel the heartbeat of #chandrayaan2 We can hear it whisper to us that ‘If at first you don’t succeed, try, try again.’ https://t.co/YS3y1kQXI2

Uttar Pradesh Chief Minister Yogi Adityanath said the entire nation is proud of the scientists. "We're immensely proud of our scientists. They've been a source of perennial inspiration for all of us with their vision, commitment & tenacity," the UP CM's Office tweeted.

At 8 am, PM Narendra Modi visited the ISRO Control Centre once again to address all the hardworking scientists who seemed heartbroken after communication was lost with the lander. He had a lot of things to say, reassuring all the scientists that the learning from this mission will only make us stronger and better.

PM Narendra Modi: For last few hours the entire nation was worried. Everyone stands in solidarity with our scientists. We are proud of our space program. Today our resolve to touch the moon has grown even stronger. #Chandrayaan2 pic.twitter.com/hXWZ2d0Wwf

#WATCH PM Narendra Modi: We will rise to the occasion and reach even newer heights of success. To our scientists I want to say- India is with you. You are exceptional professionals who have made an incredible contribution to national progress. #Chandrayaan2 pic.twitter.com/0378MUcHuv

After his speech, the PM consoled ISRO Chairman K Sivan as he broke down, conveying how all the scientists and the nation felt.

CPI-M General Secretary Sitaram Yechury expressed confidence that the next steps will "more satisfying". "The history of our scientific milestones has shown us how the fight and struggle has been continuous. Bravo that ISRO and our scientists got us so far," he tweeted.

Union Women and Child Development Minister Smriti Irani said journey of Chandrayaan-2 so far and what lies ahead is no less than an achievement. "We are proud of our scientists and confident that India's space programme only gets stronger & better from here. Team @isro - a proud, grateful & an inspired nation stands with you!" she tweeted.

Editor's note: This is a developing story. We're awaiting a full statement from ISRO on what went wrong with the landing.