Sunday’s Primetime Emmy winners will take home shiny trophies and bask in congratulations, but their biggest payoff could come in a call from Netflix Inc or Amazon.com Inc 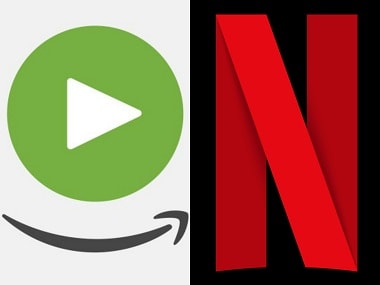 In recent months, the two streaming networks have lured the makers of pioneering shows from broadcast and cable networks with big cash offers and promises of creative freedom.

“Netflix, Amazon, Hulu, and the like are really putting their money where their mouth is,” said Melissa Rosenberg, a former writer on Showtime’s Dexter who moved to Netflix to create the dark superhero show Jessica Jones.

“They’re paying creators, extraordinary actors, and for the budgets of shows equal or better than basic cable or network TV,” she said.

Some of television’s biggest names have deserted network and cable for streaming.

Netflix enticed Shonda Rhimes away from her longtime home on Walt Disney Co’s  ABC, where she developed hits like Grey’s Anatomy and Scandal. It also landed filmmakers Joel and Ethan Coen for a western anthology series after their success with a TV spinoff of their movie Fargo on FX.

Amazon lured Matthew Weiner, who put AMC on the map with his Emmy award-winning Mad Men, to develop an anthology series called The Romanoffs. It also has brought on Robert Kirkman, the man behind the basic cable network’s current most-watched show, The Walking Dead, to create new shows.

Netflix, which received 91 Emmy nominations this year, has a shot at winning its first best drama series award with supernatural mystery Stranger Things or British royal saga The Crown, whose reported $130 million budget is the most expensive TV production ever.

Still in the race

Cable and traditional television are still forces to be reckoned with, though.

“Traditional media companies are scrambling, saying: ‘How do we beat back so much money being thrown at TV?'” said Peter Csathy, chairman of media and technology advisory firm CREATV Media.

“The challenge is about compelling storytelling and keeping talent amid those forces,” he added.

NBC’s family drama This Is Us could clinch the first best drama series Emmy for one of the four big U.S. broadcasters since 2006, and the Comcast-owned CMSCA.O network’s Saturday Night Live is expected to take home an armful of trophies.

HBO, which led the Emmy nominations with 111 nods, and FX have capitalized on the limited-series format that streaming platforms prefer, with shorter seasons, cinematic-style storytelling and A-list talent.

HBO’s Big Little Lies, starring Reese Witherspoon and Nicole Kidman, is a front-runner in this category, as is FX’s Feud, which pits Susan Sarandon opposite Jessica Lange.

One big attraction for broadcast television defectors is the creative freedom offered by streaming.

“Network (TV) is limited by what it can put on air, and it answers to advertisers, so there are a lot of limitations as to how far you can go, whether a character is likeable, edgy, racy,” said “Jessica Jones” creator Rosenberg.

And all the networks are chasing the next Game of Thrones, HBO’s popular Emmy-winning medieval fantasy series, which has become the pinnacle of prestige TV.

“Everyone is looking for a tent-pole show so that they can scream loud and proud to bring audiences and keep them there,” CREATV’s Csathy said.

“Game of Thrones is a poster child for breaking the rules in terms of storytelling and killing off lead characters with reckless abandon,” he said. “That’s something we traditionally have not seen in television.”