Sony introduced its first rugged action camera, the Sony RX0 in August 2017. The action camera which was placed as a competitor to GoPro action camera line up, came with a few interesting features including a wide-angle Zeiss-branded Tessar T 24 mm fixed lens, super slow-mo video recording capability at up to 960 frames per second. But unlike the GoPro Hero cameras, the Sony RX0 couldn’t create a buzz in the action camera segment.

However, the Japanese camera firm is back in the game with the second version of the Sony RX0 action camera. Sony has launched the new RX0 II action camera for a price of $700 (around Rs 48,300) in the US. The RX0 II will begin shipping from April 2019. A kit including a VCT-SGR1 Shooting Grip and bracket will be made available from June 2019. The new Sony RX0 II resembles a lot like the original RX0 camera, but this time around Sony has incorporated a tiny 180-degree flip-up screen which is said to help users better frame their stills and videos when shooting in the selfie mode. The LCD panel can be tilted 90 degrees downwards, however, unlike the GoPro Hero 7 Black, the camera doesn’t have a touch-enabled screen. 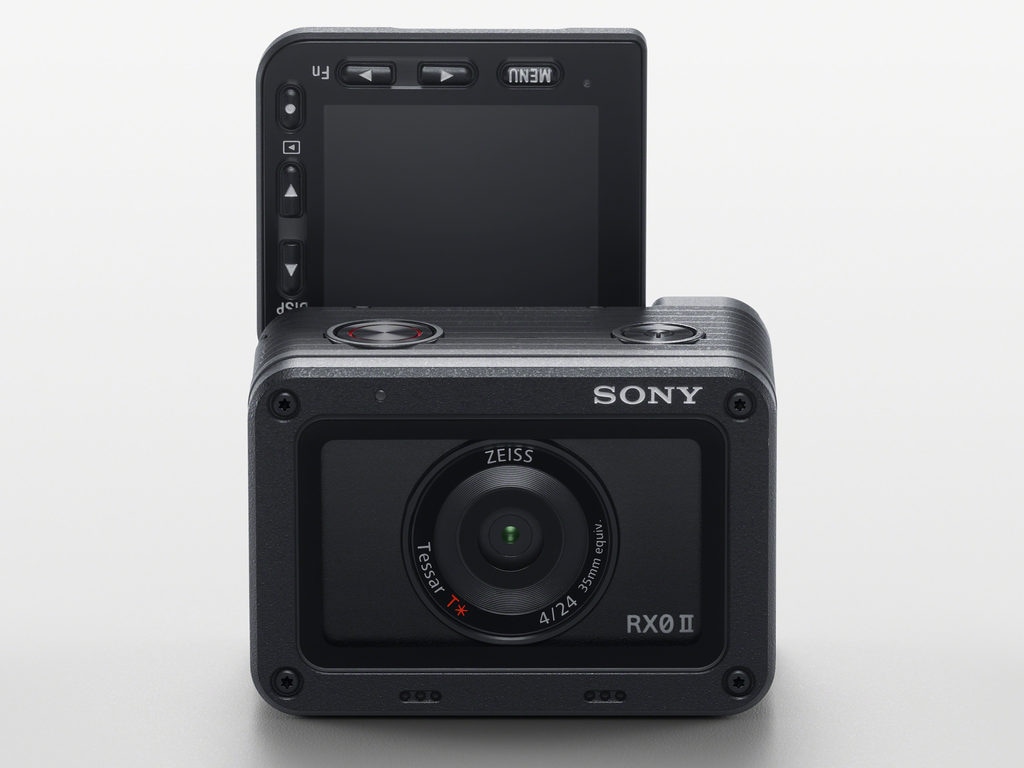 Sony RX0 II action camera sports a flip up screen that can be tilt at 90-degrees downwards. Image: Sony

The new RX0 II action camera has a wide-angle Zeiss Tessar T 24 mm f/4 fixed lens. The camera has a short minimum focus distance of 20 cm, which the company claims will allow users to take good selfies and table-top shots. Besides selfie enthusiasts, the camera is said to enhance night shooters’ experience as well. The Sony RX0 II has ISO sensitivity range from 80-12,800 (on paper), which means the camera will be able to render brighter footage or shots in a dimly lit situation.

Having said that, the RX0 II camera can shoot 4K video at 30 fps. While the original RXo could record 4K footage only via HDMI to an external recorder, thankfully the new RX0 II can now do internal 4K video recording. The frame rate for super slow-mo video recording short bursts has been increased at up to 1,000 fps.

The camera offers different creative styles and picture effects that one can use while shooting stills. Sony has incorporated Eye Autofocus feature as well on its new action camera. The company has enhanced the speed, accuracy of the Eye AF feature to enable taking quick shots of the human face. 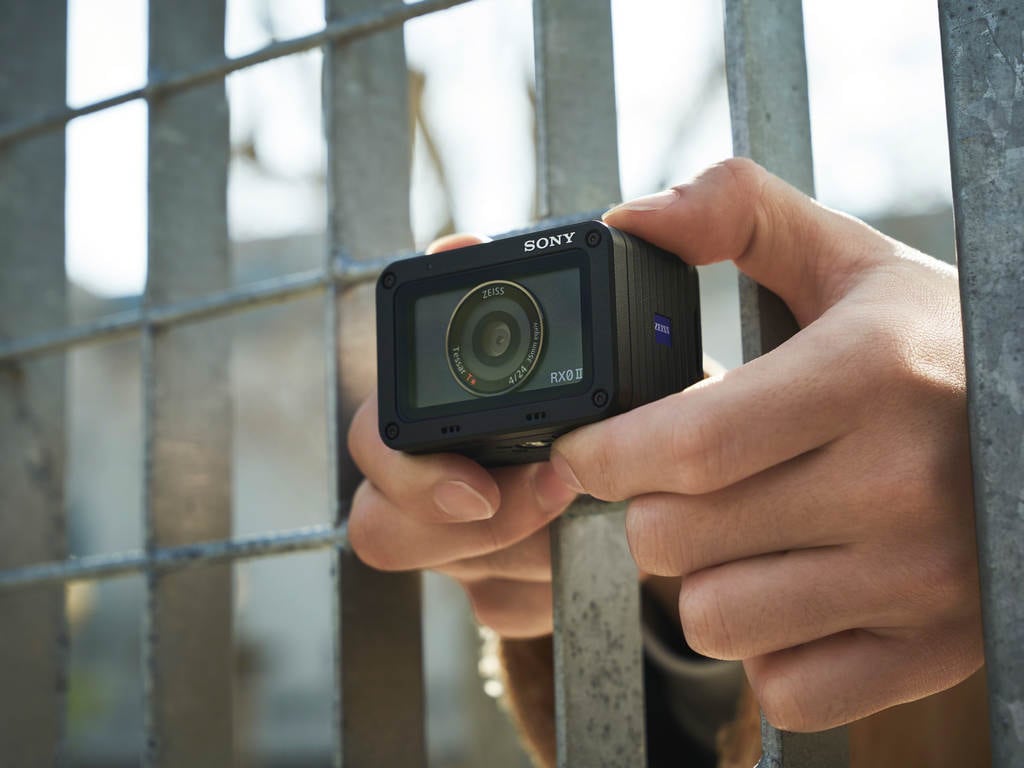 The Sony RX0 II employs Anti-Distortion Shutter that can shoot as fast as 1/32,000th of a second. It can also shoot continuous shots at 16 fps. The camera has in-body electronic image stabilisation as well, to help take better handheld shots and eliminate motion blur.

The Sony RX0 II is water resistant up to 10 metres, dustproof, shockproof and crushproof at up to 200 kg on force (at least, on paper) and weighs 132 grams.