Everybody has knock-off Airpods. These set you apart and sound nice too.

I’m a bit late to the true wireless earbuds party, held back mostly by audiophile snobbery. But at some point I must accept that years of standing next to concert speakers was outstandingly stupid, that there is no cure for tinnitus and I cannot hear frequencies beyond 15,000 Hz. Thankfully, the Shanling MTW100 true wireless earbuds are just esoteric enough to keep me solidly hipster.

Shanling falls under the genre of “Chi -Fi”, a term used to describe Chinese hi-fi audio equipment; stuff that usually punches well above its weight class. 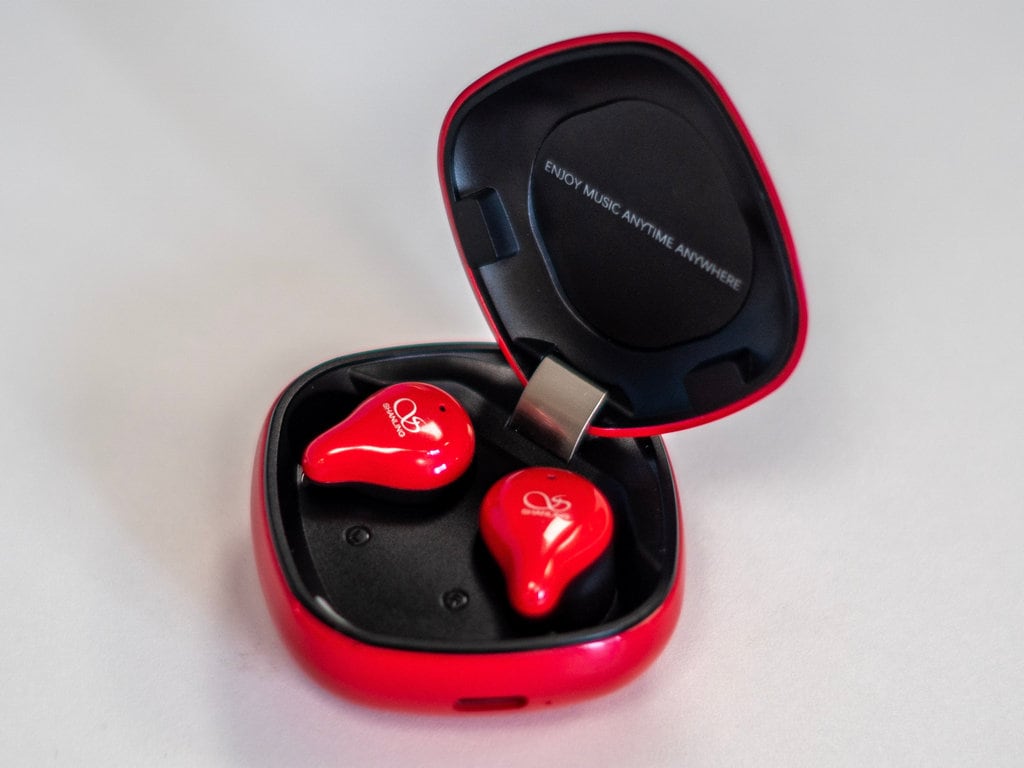 The Shanling buds are decidedly less prominent when worn, or at least they would be if they weren’t this shade of red.

At Rs 5,999, I’d say this is accurate for the MTW100. The earbuds are available in three colours and, curiously, two different driver options — one with dynamic drivers and the other with balanced-armature drivers. I’ll let you Google the difference. I tested the balanced armature version in lurid red.

The whole point of true wireless earbuds is their convenience. They’re easy to carry around with their charging case and easy to use with no wires to tangle. Invariably, one will have to compare any TWS buds to the Apple Airpods, which brought the genre into the mainstream. The Shanling buds are decidedly less prominent when worn, or at least they would be if they weren’t this shade of red. They’re small, well-shaped and seem to fit in my ears just fine. This is rare for me — most earbuds just drop out. Comfort was also good over long periods of wear.

As is the norm, the buds magnetically snap into place inside their charging case. Battery life is rated at seven hours for the balanced armature version, with an additional 24 hours provided by the case. That should be plenty for most. The case itself charges via USB-C, which is very welcome. The earbuds support SBC and AAC, but no fancier codecs. They sounded good through Android and Apple devices. Using Bluetooth 5.0, the rated range is 10 m, and our unscientific tests walking across the office confirmed this. Bluetooth connections tended to be pretty solid going through obstacles.

The case itself is pretty chintzy plastic, particularly the lid. I found it routinely annoying to open the case. There’s a tiny, barely visible divot in the plastic to indicate where to lift up, and I almost always had the thing turned the wrong way round. It’s a minor niggle.

If you’re familiar with balanced armature drivers, you’ll ask about bass. No, there isn’t a great deal of bass. But what is there, is controlled and tight. It’s just not going to excite you or get you on your feet. Additionally, you’ll want to ensure a nice seal in your ear if you want the best results. Headphonezone, who sent us the review unit, do supply Comply tips at added cost to help you along. With my ears and the supplied tips, the seal was iffy and even when pushed and held in place, the sound was fairly thin. I’d have preferred some more authority in the presentation. The Shanling MTW100 are solid performers at Rs 5,999 if you’re not a basshead.

I tried these buds on a commute and they’re not great outdoors. The passive isolation is limited and you will tend to crank up the volume to hear the music properly. In quieter environs, it’s a nice, easy pair to listen to as long as you’re not into more aggressive genres of music. This has been my experience with higher-end competitors as well, so we’ll call it par for the course.

We did experience some weirdness in the Bluetooth connections, specifically between the two earbuds. For one thing, pairing is best achieved if you remove both buds from the case at roughly the same time. It is otherwise possible to end up with only one working bud. The connection between the two also occasionally went down, and there were the odd pops and crackles related to connection.

While the touch controls on the buds are an elegant-looking solution, they aren't very easy to use in this case, or in many of the other competitors I've sampled. I needed to tap several times to get the intended effect, and I can never remember how many taps does what. Physical buttons are welcome, but even they are a compromise on TWS buds. I don't know if there's an ideal solution.

The Shanling MTW100 are solid performers at Rs 5,999 if you’re not a basshead. Which, unfortunately, most of you are. The dynamic versions provide an option for the less hipster among you. They’re a decent option at the price, but you can get louder and more aggressive options at lower prices these days. I’ll stick to a decent pair of on-ears or over-ears personally. They’re certainly nicer sounding than your typical Airpods or lookalikes.