Switching on Dark Mode on iOS 13 is expected to be as simple as tapping on a button in Control Center.

Apple is officially expected to announce iOS 13 on 3 June, at its annual developer conference. That's when we expect to find out all about the new features that the refreshed OS will be packing once its release is ready for a public roll-out this September.

One of the constantly rumored additions to iOS 13 has been Dark Mode and the first screenshots of Apple's implementation of Dark Mode has now been revealed by 9to5Mac. The screenshots reveal a black theme where we once saw an all-white background for native apps like Apple Music.

Unlike apps like Twitter which use a dark grey-like theme for dark mode, Apple does appear to have true black backgrounds in place, which should help a little when it comes to battery life on iPhones with OLED displays.

There is no confirmation yet but the switch to Dark Mode should be as simple as tapping a button in Control Center.

Another UI change that is expected in the upcoming iOS 13 release is in the interface that appears after taking a screenshot. This now shows a blurred version of your wallpaper and the new annotation tools at the bottom look closer to reality.

On an iPad, this interface shows up as a rounded tray at the bottom of the screen, allowing users to drag this tray around the screen. 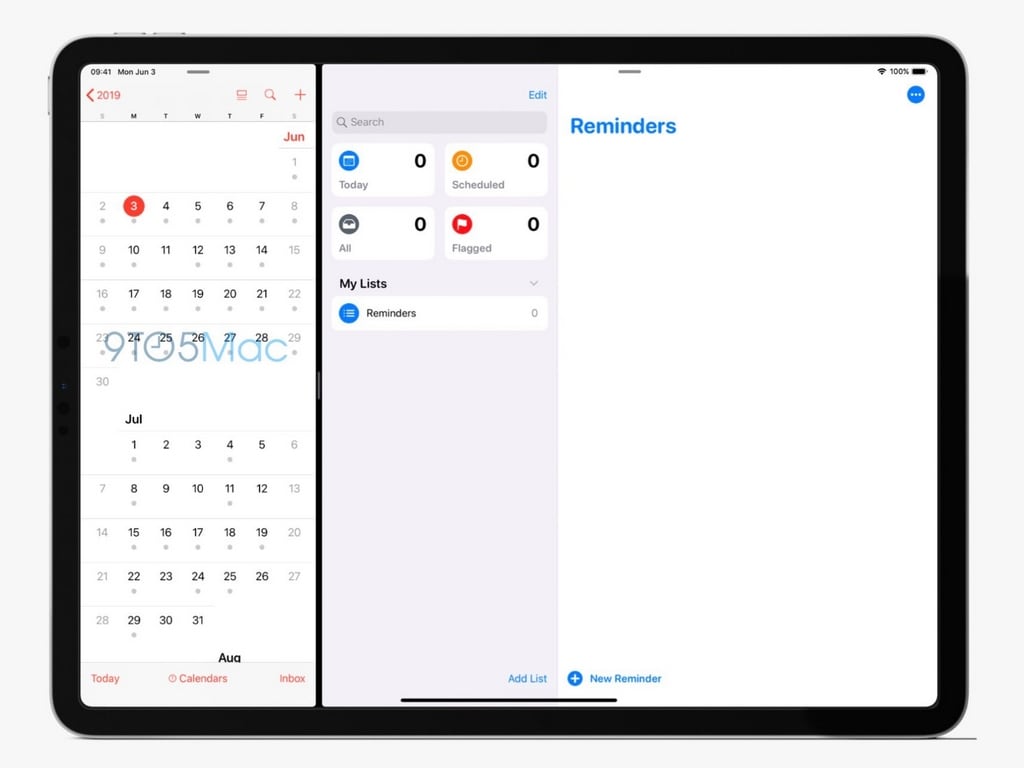 The new Reminders app on an iPad. Image: 9To5Mac

Additional screenshots also reveal that iOS 13 will likely roll-out with a redesigned Reminders app. On an iPad the new app has a large sidebar with separate boxes for different categories like — Today, Scheduled, Flagged, and All. The sidebar also includes a search box and a collection of previously saved lists of reminders.

The 'Find My Friends' and 'Find My iPhone' apps are also getting unified into something called "Find My". Opening this new unified app is expected to reveal a big map that fills the entire screen, with a small window in the corner listing your friends and family and a separate tab for your devices.