Samsung at an event held in New Delhi, launched its much-awaited Galaxy S9 smartphones. The Korean electronics giant launched two models as a continuation of the Galaxy S series of devices with a standard Galaxy S9 and Galaxy S9+ with prices starting from Rs 57,900. Both smartphones will go on sale in India on 16 March. The Samsung Galaxy S9 and S9+ were first announced at the Mobile World Congress 2018 (MWC) which took place in Barcelona, Spain, a little over a week ago. Both smartphones have now been launched in India and they also arrive with some new storage variants, unlike the past.

While the price tags may sound a bit too high for an Android smartphone, they are still priced below Apple’s iPhone 8 and 8 Plus devices in the Indian market that start from Rs 67,940.

The new smartphones from Samsung are also priced a bit higher in comparison to Samsung’s own Galaxy S8 launch price which was set at Rs 57,900 last year. 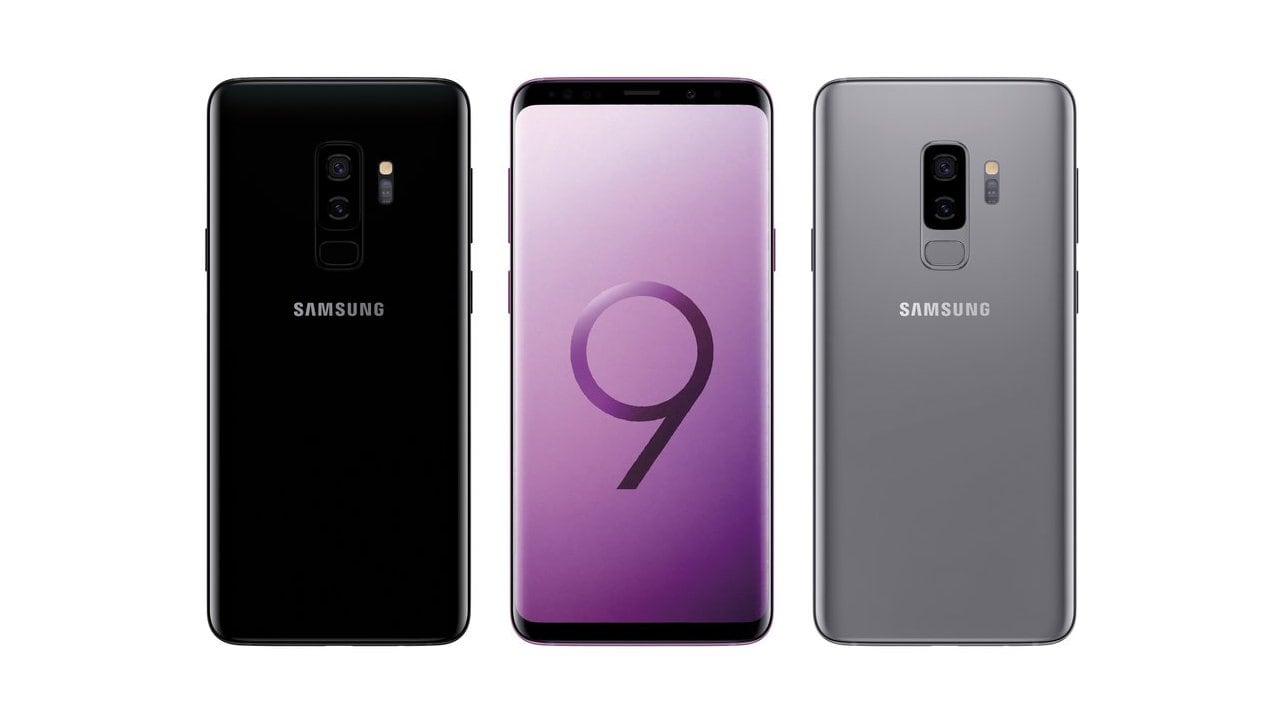 Inside, the Samsung Galaxy S9 and S9+ features a brand-new Exynos 9810 SoC clocked at 2.8 GHz which has been manufactured using the 10 nm process that should, in theory, deliver better battery life. Samsung has finally given its customers more reasons to go in for its Plus model this year by including 6 GB RAM instead of 4 GB RAM on the standard S9 model. Both models will be available in 64 GB and 256 GB storage models and also offer expandable storage supporting microSD card of up to 400 GB.

The camera is another area where the Galaxy S9 Plus model sees a change. The standard Galaxy S9 model gets a single 12 MP camera module with the new dual aperture feature that allows for better low light photos in low light conditions. The S9+ model gets a dual 12 MP camera setup with dual OIS with one telephoto lens and another wide angle lens. 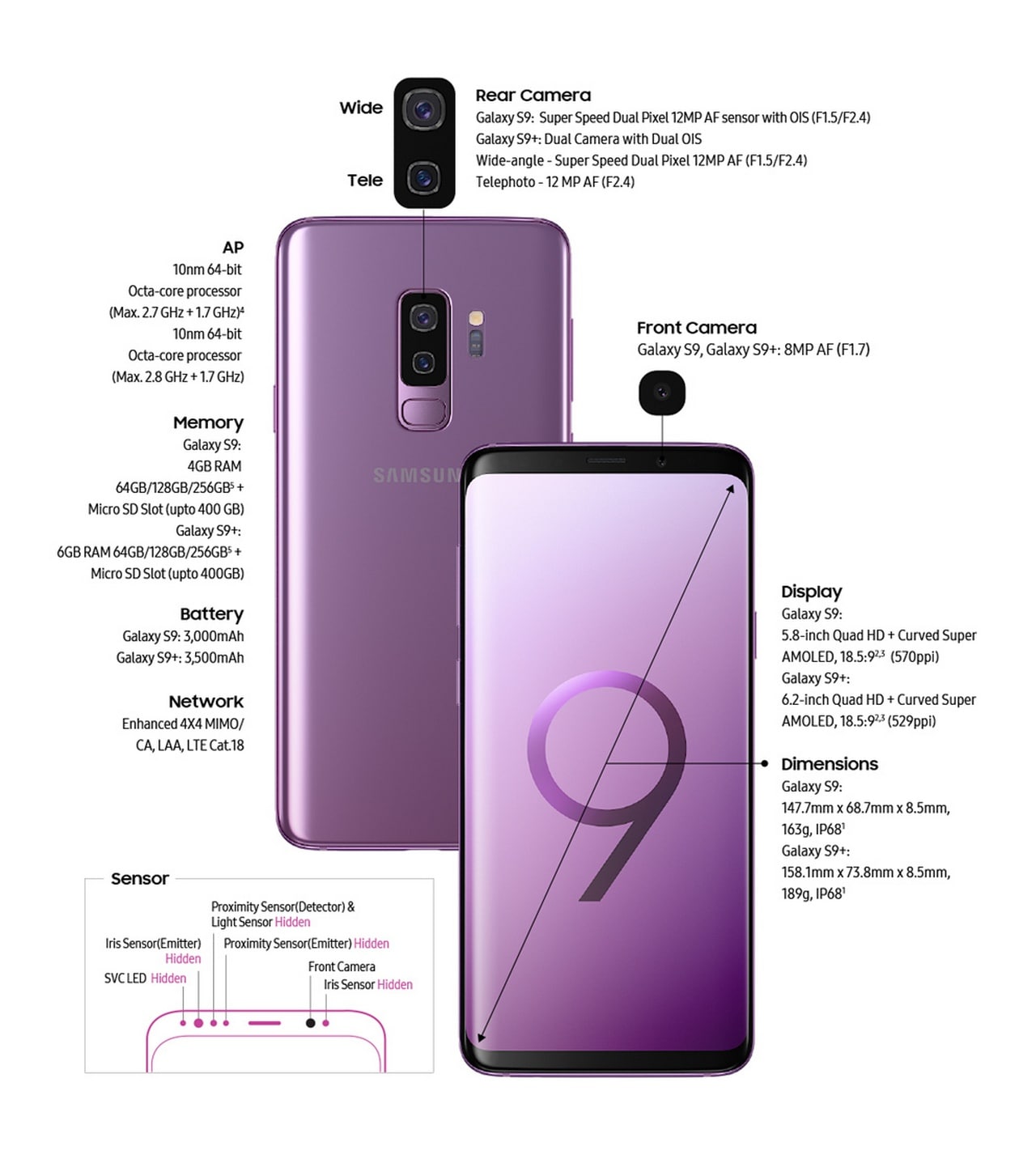 All the details and changes in the Samsung Galaxy S9. Samsung Mobile Press

The front-facing camera is an 8 MP f/1.7 aperture that comes with autofocus.

Connectivity options include support for gigabit speeds (definitely not in India) with LTE Cat.18, Wi-Fi 802.11 a/b/g/n/ac (2.4/5 GHz), Bluetooth v5.0, NFC, MST and USB Type-C port at the bottom end which is also accompanied by a 3.5 mm headphone jack.

Samsung’s offers a number of authentications methods like on the Note 8 but now includes a new face unlock feature that combines the standard face unlock with iris scanning, to make it more secure compared other offerings in the Android space.

While the design has remained the same, the Samsung Galaxy S9 and S9+ feature a fingerprint reader that is now closer to the centre of the back panel making it easier to access than before.

Samsung has also added a stereo speaker setup tuned by audio specialists AKG. Other notable features of the Galaxy S9 also include its ability to capture super slow motion video at 960 fps.

Both smartphones pack in Android 8.0 with the Samsung Experience UI 9.0