The new phone will get some automatic photo editing and a stylus that can serve as a remote control.

Samsung's new smartphone illustrates the limits of innovation at a time when hardware advances have slowed.

The new phone, the Galaxy Note 9, will be faster and will last longer without a recharge. But while earth-shattering new features are in short supply, it will carry an earth-shattering price tag: $1,000.

The minor improvements reflect a smartphone industry that has largely pushed the limits on hardware. Major changes tend to come every few years rather than annually, and this isn't the year for anything revolutionary in the Note.

The new phone will get some automatic photo editing and a stylus that can serve as a remote control. But the highlights will be a bigger battery, a faster processor and improved cellular speeds. 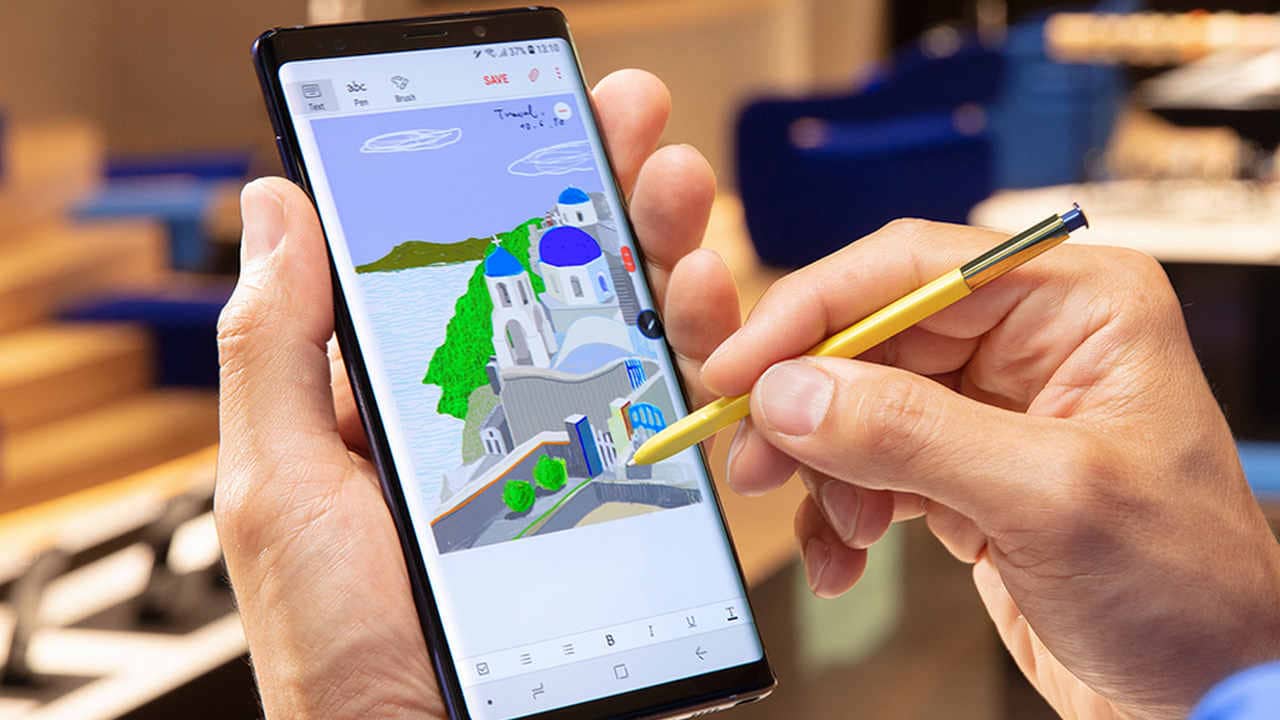 The Samsung Galaxy Note 9 and the S Pen. Image: Samsung

"You don't see massive breakthroughs anymore from a hardware perspective," said Carolina Milanesi, an analyst with Creative Strategies. "Everything is a little bit better, but nothing's revolutionary."

A 21 percent boost in battery capacity from last year's Note 8 should translate to more than a day of normal use without a recharge. Samsung has been conservative on battery improvements ever since its Note 7 phone in 2016 developed a tendency to burst into flame, prompting an expensive recall and delivering a hit to the company's reputation.

Since then, Samsung has subjected its phones to multiple inspections, including X-rays and stress tests at extreme temperatures. The company is also sending phones to outside labs, including UL, for independent safety tests.

"We're three generations removed now," Samsung's director of US product marketing, Suzanne De Silva, said of the company's renewed confidence in the battery. "This is the right innovation at the right time."

Although Samsung's Note phones are large, niche products intended for power users, they offer a preview of what's to come in the mass-market Galaxy S line. A dual-lens camera, with better zooming, came to the Note 8 months before the S9 Plus got it, for instance. The Note also got curved edges before that became standard on Samsung's flagship phones.

The new phones will come out on 24 August. Borrowing from the iPhone's playbook, the Note 9 will have the same US price regardless of carrier. The starting price of $1,000 is an increase from the Note 8, but on par with Apple's top-of-the-line iPhone X. The Note 9 will get double the storage, at 128 gigabytes, compared with typical high-end phones, including the iPhone X. Samsung will also sell a 512-gigabyte version for power users for $1,250. Even though the improvements from last year aren't huge, Technalysis Research analyst Bob O'Donnell said they will come across as major for those who haven't upgraded for a few years.

Thursday's announcement in New York comes about a month before Apple is expected to unveil new iPhones. There's been speculation — unconfirmed by Apple — that all new iPhones will ditch the home button and fingerprint sensor and rely entirely on facial-recognition technology found in the iPhone X.

The Note 9 will still have a fingerprint sensor on the back of the phone. In a jab at Apple, Samsung executives also frequently emphasize that their phones have standard headphone jacks, which newer iPhones no longer do.

The camera in the Note 9 will use artificial intelligence to detect what's in a scene — whether that's food, flowers or a sunset — to automatically tweak images to make them pop. It's much like applying filters with an app, except that the phone will do this itself, much the way Google's Pixel phones already do.

As with the Pixel, the Note won't be saving a version without the tweaks. Purists can turn the feature off to get images that reflect what the eye sees — an option unavailable with Pixel. The camera will also offer a warning if someone blinked in a shot, or if the image is blurry.

The Note's stylus will now have Bluetooth, allowing people to control phones and apps from up to 30 feet away. This will let people control music or snap selfies just by clicking the stylus.

Samsung also said the popular shooter game Fortnite is coming to Android and will be exclusive to Samsung phones until 12 August.

Samsung also announced a new smartwatch and a partnership with Spotify intended to make it easier to switch music playback between phones, TVs and the company's new speaker.