Alongside this Samsung Galaxy Note 8 variant customers also have the choice to buy between a AKG Bluetooth speaker and a Nemonic printer.

One of the most highly anticipated phone of 2017, Samsung's Galaxy Note 8 is to be unveiled on 23 August. A number of leaks and renders of the flagship phone have been doing the rounds online, for the past few months and this time an alleged pamphlet for the phone has been leaked revealing some more information about the phone. 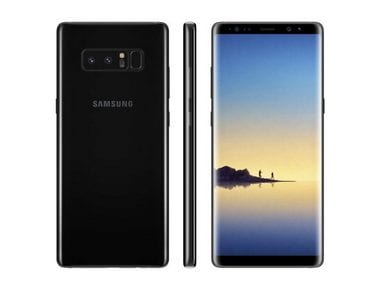 According to the leaked pamphlet, the phone will most likely also come in a 256 GB internal storage variant. GSMArena reported that alongside this variant customers also have the choice to buy an AKG Bluetooth speaker and a Nemonic printer. However, it is possible that this variant may not be available outside of China or South Korea.

The 64 GB variant will have a coupon that will give KRW 100,000 off on products such as the Samsung Galaxy VR headset or a 5100 mAh case plus external battery, said the report. There is also a possibility that a 128 GB variant may be launched in the European and US market, but as of now no details are available to support that fact and more information will be available when the phone is launched. Recently another leaked sales pamphlet was discovered according to which the Samsung Galaxy Note 8 will feature a 6.3-inch QHD+ infinity display and will come with an S pen.

The Galaxy Note 8 is tipped to be the first Samsung smartphone that has a dual-camera setup.