Samsung Galaxy Note 8 available at up to $425 off in the US, for those who had bought the Note 7

Note 8’s pre-ordering is yet to begin, however it is expected to come in stores and online by 15 September

For those who still remain die-hard fans of Samsung’s Galaxy Note series, or had purchased the controversial Galaxy Note 7 last year, well Samsung has a surprise for them. The Korean giant started off its Note 8 keynote announcement last night by first thanking the Galaxy Note series users who had stuck around and were ready to give Samsung another chance. Samsung will be offering those who bought the Note 7 a good $425 off on the purchase of the Galaxy Note 8. However, this deal is available only in the US, for now. 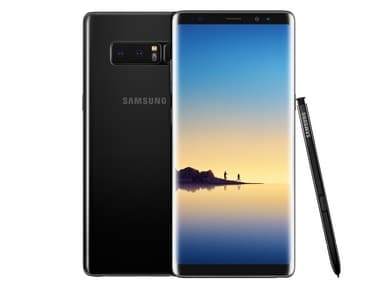 According to a report in GSMArena, the Note 8 would be sold to those who had bought a Note 7, last year at discounts of up to $425 (which is close to Rs 27,000). It will be available in the Samsung online stores in the US. This is a huge discount, considering the Samsung Galaxy Note 8 is priced at $930 (for AT&T customers) to $960 (For Verizon customers). The catch though is that the Note 8 discount will only be available if you are willing to exchange your latest flagship phone for the Note 8. Well played, Samsung.

While this offer is only available in the US, it is yet to be seen if it would be available in India. Considering Samsung never sold the Note 7 officially in India, there are really slim chances of that happening.

Note 8’s pre-ordering is yet to begin, however it is expected to come in stores and online by 15 September.

Samsung’s flagship phone comes with a 12 MP dual camera set-up, a first for Samsung. For the US users while it will come with Qualcomm Snapdragon 835 chipset, the international model comes with Samsung made Exynos 8890 chipset. It comes with Android Nougat 7.1.1 out of the box and will be available in Midnight Black, Orchid Gray, Maple Gold and Deepsea Blue.

Last year there were instances of the Samsung Galaxy Note 7 exploding due to battery defects. After two recalls, Samsung decided to pull the plug on the Note 7.