Samsung just recently confirmed that it will introduce budget Galaxy M-series smartphones in India later this month. As expected, various rumours have started pouring in ahead of its launch. Sketches of the supposed new Samsung Galaxy M20 smartphone have surfaced, revealing design and connectivity details. 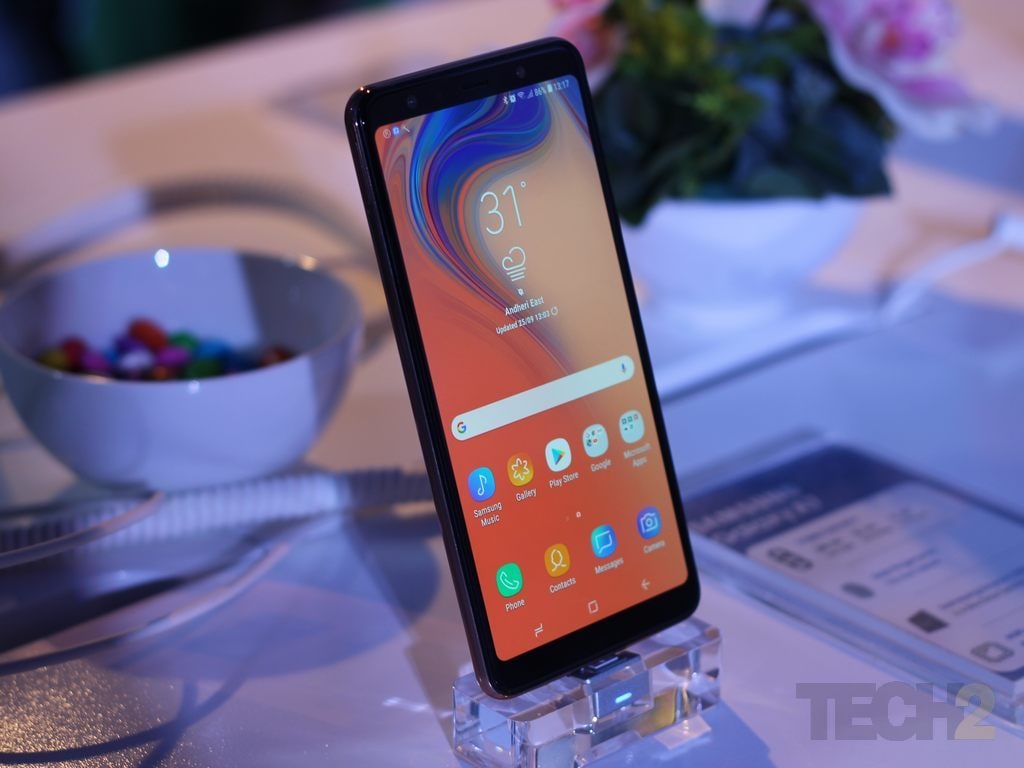 The set of illustrations leaked by Dutch website Mobielkopen are said to be obtained from an alleged M20 manual. As per the leaked sketches, the supposed Galaxy M20 will have a notch-style design display with a thick chin and minimum bezels on both sides. The proximity sensor and microphone are seen placed at the top while the power buttons and volume keys can be seen on the left side. The Galaxy M20 has dual camera sensors at the back panel which are aligned vertically. A capsule-shaped fingerprint sensor could be seen sitting at the centre. In addition, a USB Type-C port and audio jack are drilled into the base of the device, as per the leaked sketches. Apart from the connectivity suite and design details, Mobielkopen report further suggested that the supposed Galaxy M20 smartphone will have Dolby Atmos support. The phone is said to be equipped with the in-house Exynos 7885 processor and includes 3 GB of RAM with either 32 GB or 64 GB of internal storage.

A Reuters report previously suggested that the South Korean tech giant might bring three smartphones under its new Galaxy M-series branding this month. The report quoting Samsung Indian mobile business head Asim Warsi said that the M-series will be available in the sub-Rs 20,000 range, and offer "huge capacity" batteries. The upcoming budget Galaxy M-series will include three models dubbed as M10, M20 and M30. The Galaxy M20 is tipped to feature a tall 6.3-inch display and carry a massive 5,000 mAh battery.

While the leading tech giant is all geared up to introduce its upcoming budget M-series in the Indian market, the latest lineup faces fierce competition if one takes the specification list and price into consideration. Samsung being the pioneer in Super AMOLED display technology, the Galaxy M-series is expected to inherit the same. However, the mid-tier processor and below average RAM/storage capacity mean that the M series phones have an uphill battle to fight. The likes of the Redmi Note 6 Pro and Realme 2 Pro offer extremely competitive hardware in this price bracket, and Xiaomi's Poco F1 brings flagship performance to the sub-Rs 20k segment. In fact, the worst thing Samsung can do is attempt to get by on brand value alone, especially since the company has already ceded a large chunk of its market share to Xiaomi and other Chinese brands.

Samsung Galaxy M-series will be officially unveiled on 28 January. Samsung India handle has revealed that the handsets will be exclusive to Amazon.

You can find the Galaxy M series rumour roundup here.