Samsung Galaxy A5 (2018) renders pop up online; show Infinity Display along with the Bixby button

The renders show that the Galaxy A5 is expected to come with Samsung's trademark Infinity display along with 18:9 aspect ratio.

Samsung has long been expected to unveil a new device from its mid-range Samsung Galaxy A series for its 2018 lineup. After a long wait about any details of the expected smartphone, the renders of one of the devices, Samsung Galaxy A5 (2018) has reportedly leaked online. 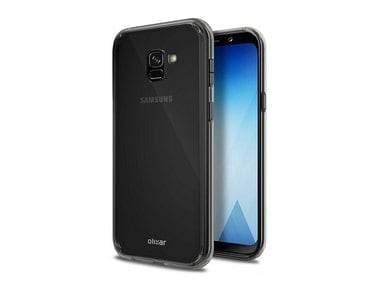 The renders, obtained by Sammobile, show that the Galaxy A5 is expected to come with Samsung's trademark Infinity Display along with 18:9 aspect ratio. Also visible in the renders is the placement of the fingerprint sensor which is now located below the camera instead of besides. This would make the GalaxyA5 the perhaps the first Samsung device (unless the Galaxy S9 launches before) to place the fingerprint sensor in a more convenient position than the S8 and Note 8.

The renders in Sammobile's report also indicate that the device may pack the Bixby button hinting that Samsung's AI assistant could make its way to the mid-range category. The report has stated that Samsung is expected to launch the smartphones in January 2018 as they had done with the previous A5 (2017). We can expect that the phone will sport 4 GB or 6 GB of RAM alongside a Qualcomm Snapdragon 660 processor or an Exynos 7885 processor.

In more news regarding Samsung,  according to a recent report by Venture Beat, Samsung is planning to show off the S9 and S9 Plus at the Consumer Electronics Show in Las Vegas in January. This is expected to be earlier than the usual cycle by Samsung, as the Galaxy S8 and S8 Plus were announced after CES.  The report points out that both the Galaxy S9 and S9 Plus will come with a design identical to the Galaxy S8 and S8 Plus.