Rolls-Royce plans to use snake, cockroach-inspired robots to inspect engines

Rolls-Royce is planning to use snake-style robot to deposit a set of miniature robots into the engine.

Engine maker Rolls-Royce is exploring the idea of using robots inspired by snakes and cockroaches to help it inspect and repair engines in the future, the company’s researchers said at the Farnborough Airshow. 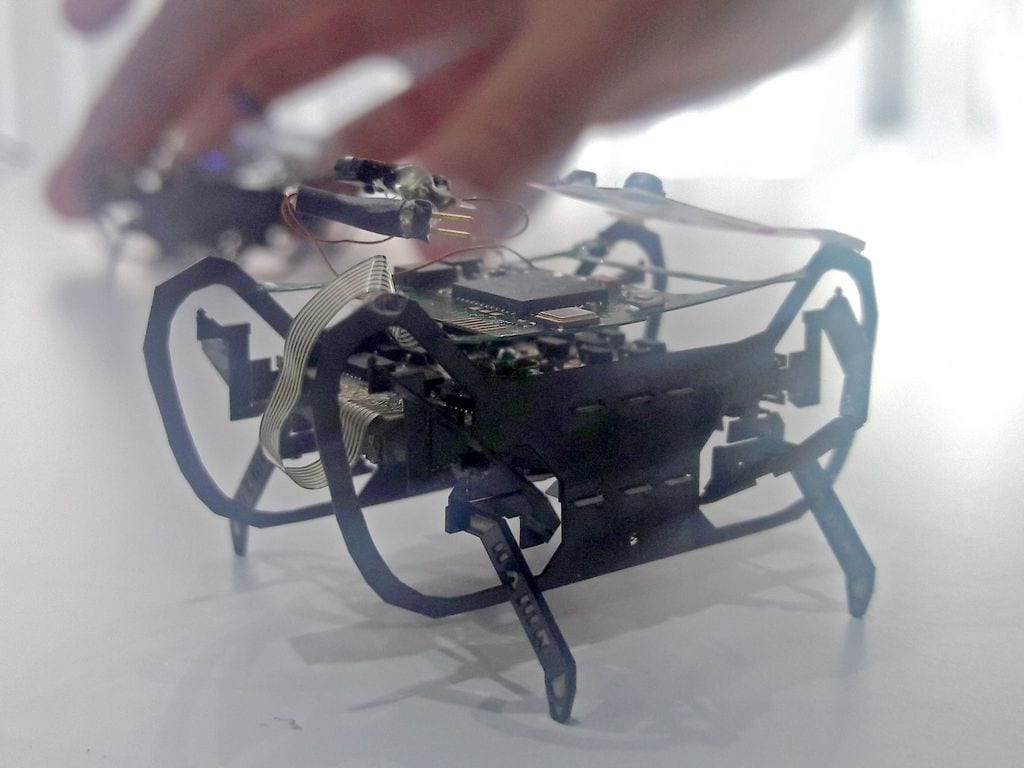 Engine maker Rolls-Royce demonstrates one of its robots, inspired by snakes and cockroaches, that could be used in the future to help it inspect and repair engines, at the Farnborough International Airshow. Image: Reuters

The plan is part of efforts by Rolls to carry out as much maintenance as possible while the engine is on the wing of a plane.

In one early-stage technology, Rolls-Royce is looking at using a snake-style robot to deposit a set of miniature robots into the centre of an engine to carry out a visual inspection.

The mini robots resemble small scuttling beetles, and are inspired by cockroaches. James Kell, on-wing technology specialist at Rolls, said they could help get the time taken to carry out a visual inspection of hard to reach areas down from hours to minutes.

“There’s lots of things that aren’t ready yet, there’s more work to do yet to get this more mature,” Kell said, such as working out how to safely get the robots out of the engine again.

In another technology, Rolls has developed a boreblending robot that can be remotely controlled, for complicated maintenance tasks that typically require specialists.

“The aim is to service engines within hours rather than days,” Kell said.