Reliance Jio launches a web version of JioTV; does not require a Jio internet connection

Unlike the Jio TV app on the mobile phone, the JioTV on the desktop can function with the help of internet service providers, other than Reliance Jio.

After releasing Android and iOS apps, Reliance Jio has now rolled out a web version of the Jio TV App. The Jio TV App for web does not require a Jio internet connection but just your Jio login, and lets you stream a host of live TV channels straight to your monitor or TV using your standard wired connection. 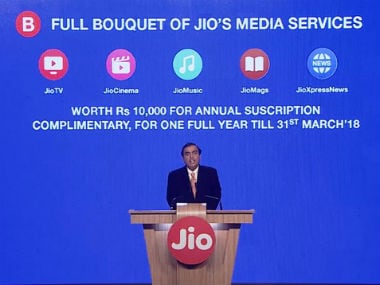 JioTV app was launched earlier in 2017.

To have access to the desktop version, the user must at least have a Jio SIM. The SIM is needed as it provides the Jio number, which is needed to create a Jio ID.

Unlike the Jio TV app on mobile phones, JioTV on the desktop can stream and play programmes with the help of internet service providers, other than Reliance Jio. This is unlike the JioTV app on smartphones, where the user must have a 4G Jio connection or SIM.

This is one crucial differentiating factor between the app version and the desktop one.

Like other international programme viewing channels such as Amazon and Netflix, JioTV has also entered this area.

And now, there is a dedicated app and a web-version as well. So if a user pauses programming in one version, they can resume their show on their other device.

Apart from this, JioTV has more than 525 channels and more than 90 channels in high definition (HD) mode.

When it comes to every day viewing the user cannot record their favourite programmes, yet.

The JioTV app is an entertainment app which airs multilingual programmes. Earlier this year, Reliance Jio had announced the JioTV app and Jio Cinemas as well.