The Redmi K30 is expected to launch in the first half of the year 2020.

Redmi General Manager Lu Weibing in teased two posters in China on the social networking site Weibo. The first teaser confirms that the Redmi K30 will sport a dual-punch hole display camera for selfies. The two front cameras are seen horizontally aligned and are placed on the top right of the smartphone. This will be the first Xiaomi phone to sport such a Samsung/Huawei-like display design. 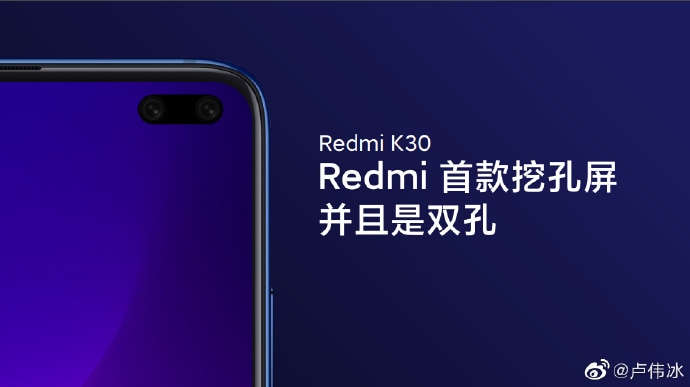 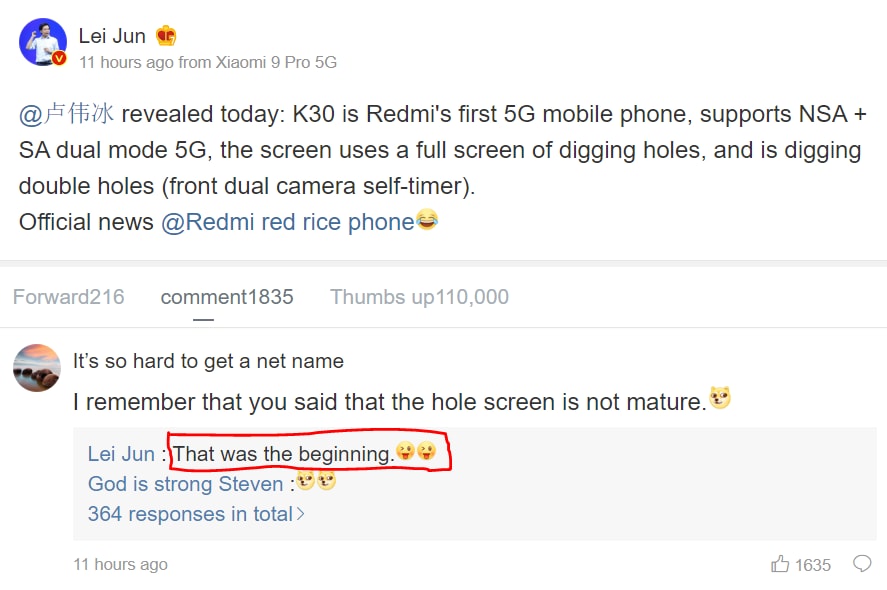 Further, according to a report by GizChina, the Redmi K30 will also be the first smartphone to use the Snapdragon 700 series 5G chipset. The report also claims that the smartphone will likely launch in the first half of the year 2020.