While Realme Buds Air's design is heavily inspired by Apple AirPods', the earphones will reportedly only cost Rs 4,999.

Realme also teased that the Buds Air will come in a black, yellow and a white colour variant. (Realme could add colour options to these earphones, but their shameless resemblance to AirPods is so difficult to get over.) 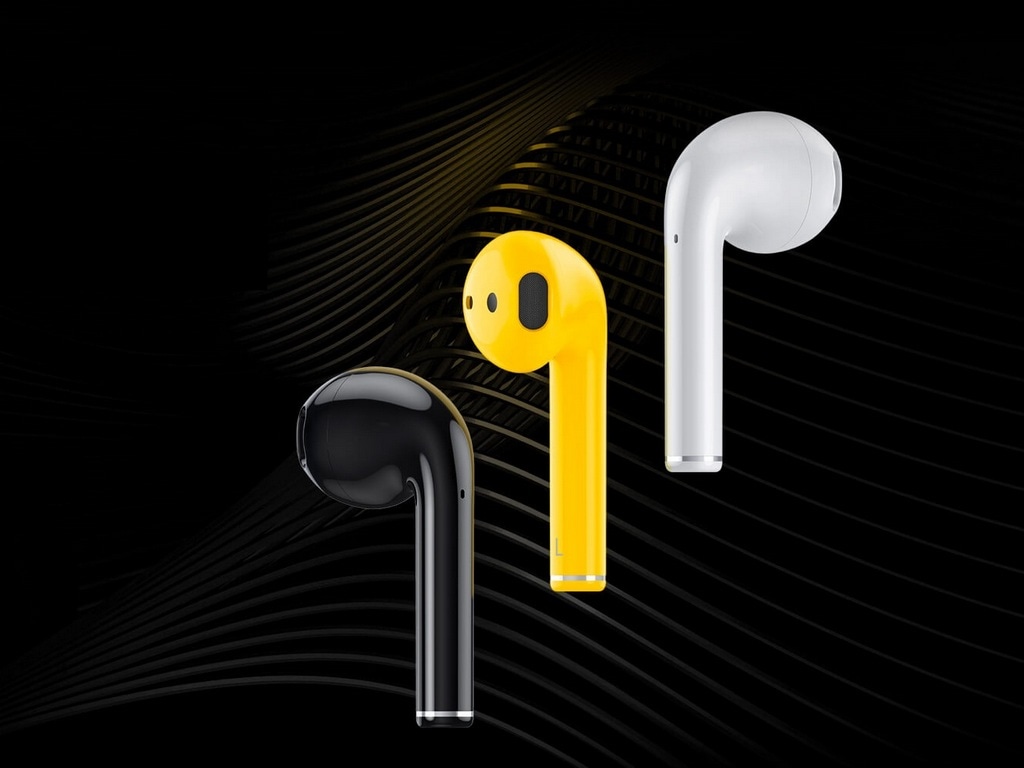 Now, days ahead of the Buds Air launch, a MySmartPrice report says that the Buds Air were briefly listed on Flipkart yesterday with the pricing, revealing that the truly wireless earphones by Realme will be priced at Rs 4,999.

Another report by GSMArena reveals that the Buds Air, similar to the Apple AirPods and Samsung Galaxy Buds, will come with a wireless charging case.

Experience connection on a whole new level.
We are bringing to you the #TrueWireless and #RealSeamless, #realmeBudsAir with a classy and minimalistic built customized to fit into your lifestyle perfectly.
Launching at 12:30 PM, 17th December.
Know more: https://t.co/4aHmvSiQOo pic.twitter.com/UdR2Fa7KA3

Realme X2 and X2 Star Wars edition are expected to come with the same specifications as the Realme X2 China variant. And since the China variant is already out, we already know that the smartphone will likely feature a 6.4-inch fullHD+ Super AMOLED display with a resolution of 1080 x 2340 pixels. The display comes with a waterdrop notch on the top and an in-display fingerprint sensor.

The device will be powered by the Qualcomm Snapdragon 730G chipset and might offer 6 GB and 8 GB RAM variants. It is expected to come with 64 GB and 128 GB internal storage options.

In the camera department, Realme X2 and the Star Wars edition may come with a quad rear camera setup that includes 64 MP primary Samsung GW1 sensor, 8 MP wide-angle lens, 2 MP depth sensor and a 2 MP macro lens. On the front, the smartphone is expected to have a 32 MP camera.