Few teaser images show that the Realme truly wireless earbuds will be available in black, white, and yellow.

Realme is teasing its truly wireless earbuds which means that an official announcement and launch is nearing. The earbuds’ design has an uncanny similarity to Apple’s AirPods with the periscope design. 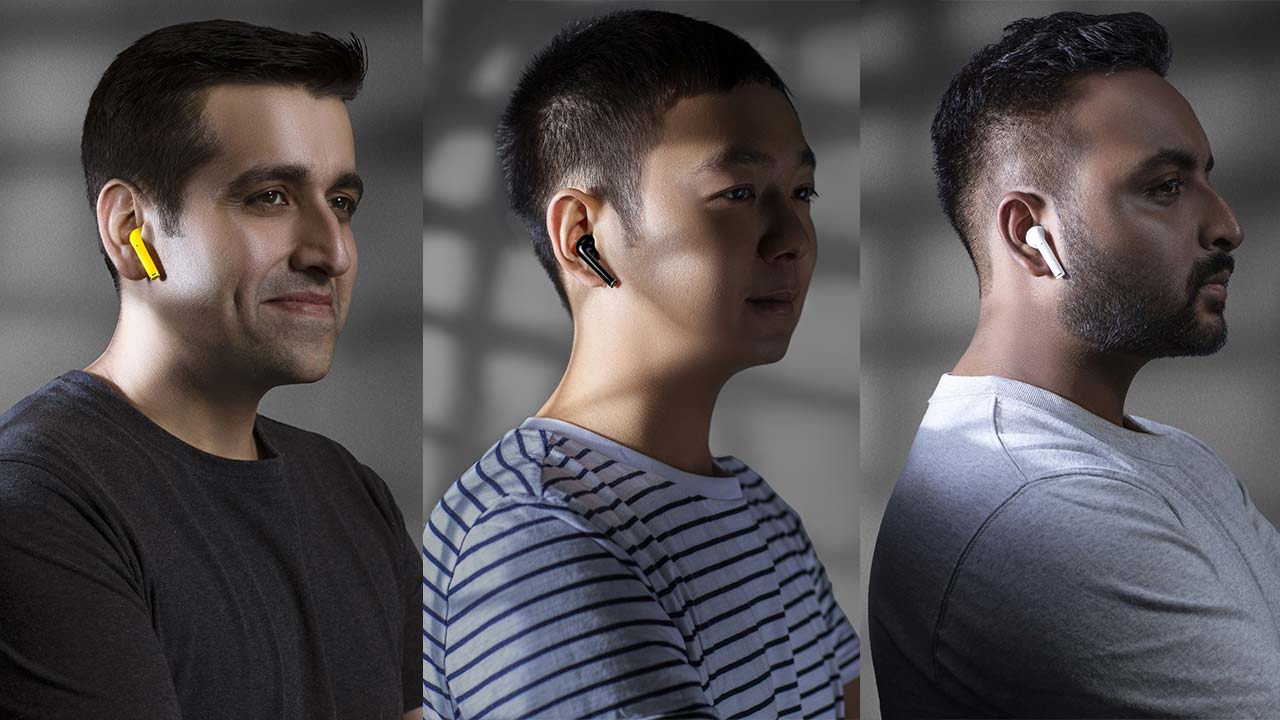 Initially teased at the launch of the Realme X2 Pro (review) and Realme 5s, Realme India CEO Madhav Sheth teased an image of himself wearing a yellow variant of the earbuds on his Twitter account. Followed by that, Realme India CMO Francis Wang and Product Manager Sreehari also posted images of themselves wearing black and white variants of the earbuds, respectively, on their Twitter accounts.

Realme India’s official Twitter account later posted an image of the carrying case that again carries a similar design of the AirPods’ carrying case. “A seamless experience is waiting to turn your world around — ‘real’ sound & a connection you would instantly hold on to in some bold colours!” states the tweet.

A seamless experience is waiting to turn your world around — ‘real’ sound & a connection you would instantly hold on to in some bold colours! Guess the 3 colours of our upcoming product within one hour and get a chance to win it for real. RT & reply with your answer. #ComingSoon pic.twitter.com/niKi8QsgEr

There’s no official release date out yet but Sheth had mentioned during the Realme X2 Pro launch that more launches are coming in December. It’s highly likely that the truly wireless earbuds will be launched this month.