Realme 2 Pro will sport a waterdrop notch dual-camera setup at the rear along with fingerprint sensor.

The Realme brand has been creating a lot of waves in the budget smartphone category this year around and it would seem that it is dragging the momentum into the mid-range section as well. The company had teased the Realme 2 Pro smartphone at the launch of the Realme 2 and now it looks like we have our first looks at the specs of the device which is likely to be placed in the Rs 15,000- Rs 20,000 price range. 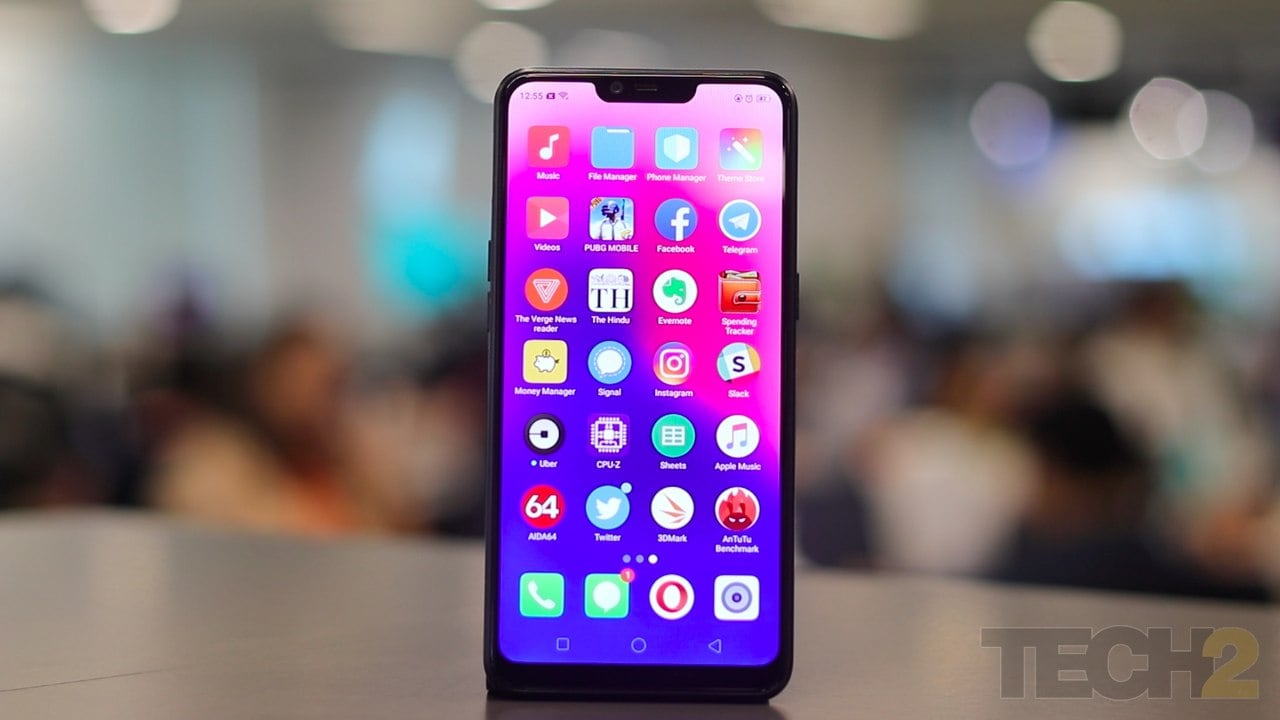 It is disappointing how the Realme 2 has a downgraded, HD Plus display, as compared to Realme 1 which had a Full HD Plus display. Image: Prannoy Palav

The device was spotted on Geekbench codenamed OPPO RMX1807 and showed that the device was running the Qualcomm Snapdragon 660 chipset. It showed scores of 1452 and 5511 for single core and multi-core respectively. The device will be running on Android 8.1 Oreo with Oppo's proprietary ColorOS running ontop.

Realme 2 Pro is said to be unveiled on 27 September, however, quite a few of its features have already been revealed by Realme India CEO Madhav Sheth. In an interview with YouTuber Gaurav Chaudhary, Sheth talked about how the Realme 2 Pro would stand out from the existing devices by the company.

Realme 2 Pro will sport a dual-camera setup at the rear along with fingerprint sensor. And it will also feature Face Unlock that the existing Realme phones have. It will also have a water-drop notch like the F9 Pro.