Initial impression about the Realme 2 Pro is that it looks to be a powerhouse but with a very thick body.

The Realme 1 launched just this year and had all the elements in place for challenging Xiaomi's undisputed range in the price segment. The follow-up Realme 2 was also quite decent, but it was disappointingly underpowered. Hopefully, the Realme 2 Pro addresses that issue. Unsurprisingly, the phone new phone also comes with a notch, though this one takes after the Oppo F9 in that department.

The Realme 2 Pro has been announced in India at a price of Rs 17,990 and the first sale will start at 12.00 am on October 11 exclusively on Flipkart.

My very first thought after picking up the phone was that this device is quite thick. At the time, I had my OnePlus 6 in my pocket which I whipped out to compare thickness. The Realme 2 looked nearly 1.5x thicker than the OnePlus 6 and also felt quite heavy. Now I'm not one to judge a phone by its thickness, but for me, the device didn't seem to fit in my hand properly.

The back of the device seems to be made out of a polycarbonate material which seems to be quite sleek and slippery at the same time. Realme has abandoned the diamond-like patterns on the Realme 2 Pro, instead opting for a smooth black-coloured finish. On the bottom, we see the headphone jack, speaker and the micro-USB 2.0 port 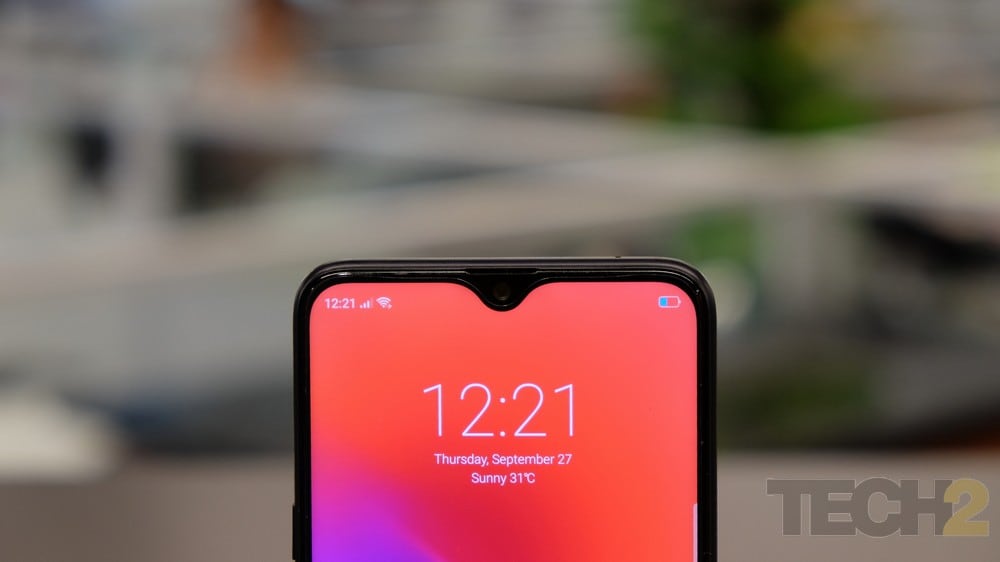 On the front, we see the drop notch that many phones such as the Vivo V11 Pro, F9 Pro, and even the upcoming OnePlus 6T are toting. Personally, I prefer this drop-notch style and my full review will dissect this display more qualitatively. Speaking of the display, Realme has upgraded the HD+ display to a 6.3-inch FHD+ on the Realme 2 Pro and my initial impressions were that it seems to be quite a good display.

Seeing as this is a Pro version of the Realme 2, a chipset upgrade was always on the cards. The phone sports a Snapdragon 660 chipset, something which was seen in the likes of the Xiaomi Mi A2, Vivo V11 Pro, and the recently announced Vivo V9 Pro as well. Accompanying this is a massive 8 GB of RAM and 128 GB of storage which is expandable to 256 GB using a microSD card.

The phone runs on Android 8.1 Oreo with Oppo's proprietary ColorOS skin running over it. While I don't prefer skinned OSes, I think ColorOS is definitely one of the better skins I've seen on a smartphone. It's much better than the FunTouch or MIUI in my opinion.

I don't think my initial impressions of the camera on this device are too great. The Realme 2 has a 16 MP + 2 MP dual-camera setup at the back while on the front we see an 8 MP setup, which is nearly the same as the Realme 2. Photos don't look too sharp in low light and the selfies weren't very clear. My full test on the camera should reveal the big picture (pun intended) but I wouldn't keep my hopes too high as the Realme 2 camera had also disappointed us. 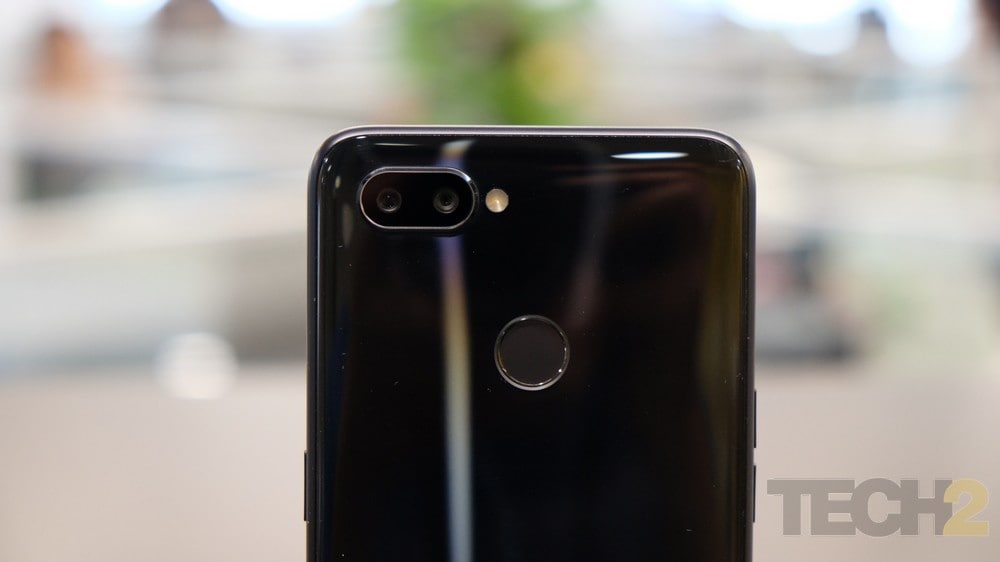 The phone is keeping a 3,500 mAh battery which is less than the one seen on the Realme 2. Let's see how that will pan out since the Realme 2 Pro does have a Snapdragon 660 chipset which will likely consume less power.

Well, my initial impressions about the Realme 2 Pro are that it looks to be a powerhouse but with a very thick body. Too thick for my liking. The camera as of now looks to be not that impressive, but my opinion could change after spending some time with the device.