PUBG addiction: Should the game be banned for being popular? Opinions are mixed

People love playing the PUBG. People even enjoy watching others play PUBG. It is just that type of game.

The fact that PUBG Mobile has transcended the boundaries of mobile gaming is not news anymore. In the past one year, the game has created a wave of streaming channels, competitions with lakhs of rupees as prize money, merchandise and a whole section of YouTubers who have dedicated their lives to get the coveted 'Chicken Dinner'.

The formula for PUBG was simple, yet brilliant. Combine a compelling gameplay experience with graphics optimised for even lower-end devices. However, over the past couple of months, it has been quite clear that the PUBG phenomena has crossed limits that no one had expected. 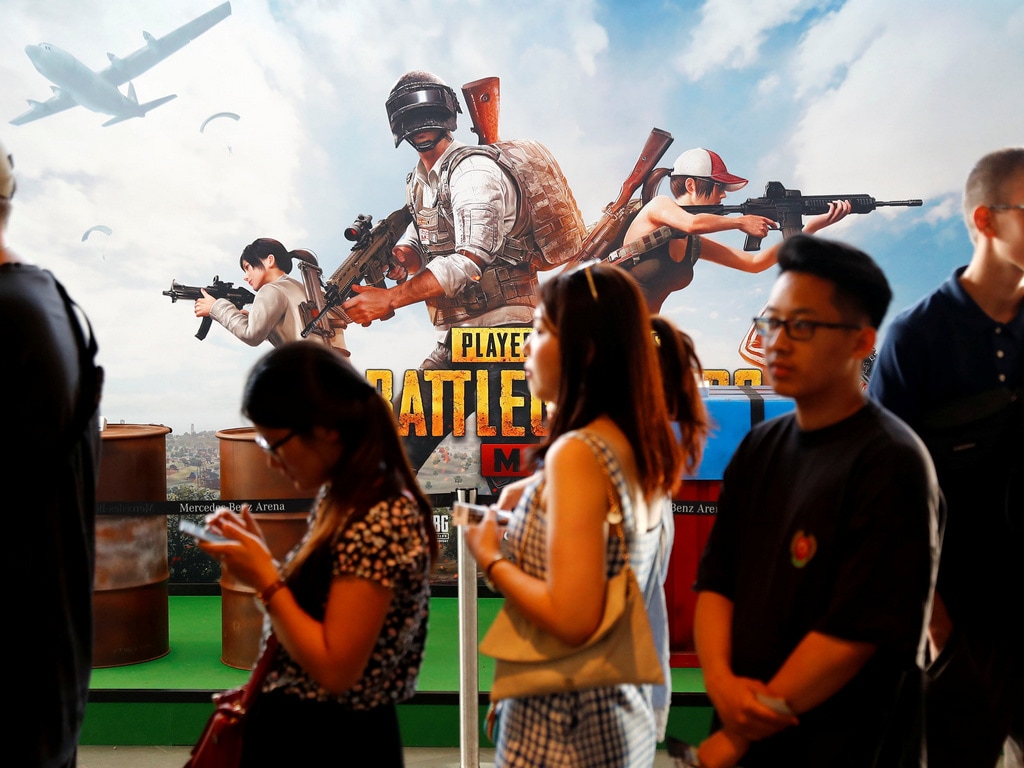 Children, teens and even working-class professionals are getting addicted to the game. The game is said to adversely be affecting their studies and perhaps also their behaviour.

Prime Minister Narendra Modi recently addressed the issue during Pariksha Pe Charcha 2.0, when a worried mother mentioned to him about how her child was distracted from studies due to online gaming. Modi replied with "Ye PUBG wala hai kya?"

Our 68-year-old PM knows about the existence of an online game called PUBG which is targetted at teenagers. You know something has gone mainstream when the PM himself mentions it on national TV.

States such as Gujrat and Jammu and Kashmir have already appealed for a ban on the game as students are not able to concentrate on their studies. Others have voiced concerns about the violence the game is bringing about. Vellore Institute of Technology banned the game in the hostel as it was distracting students. Never before has a mobile game been given so much press coverage. Recently, an 11-year-old boy had sent a letter to seven ministers so as to get a ban on PUBG. Now the story has little credibility, but it does beg the question as to why people consider PUBG as an epidemic.

The story of a PUBG 'addict'

Being a fan of PUBG Mobile ever since its introduction back in 2018, I have devoted countless hours trying to sneak and strategise for getting my share of the Chicken Dinner. For me, it has become an obsession to get my rank up against my peers. The result has been a lack of sleep and a social imbalance.

As time has gone by, I have come to realise that I don't like losing one bit, on PUBG. Anything other than a top ten finish makes me angry. Gaming and tantrums go hand in hand. I already knew that. But the immense popularity of PUBG Mobile meant that nearly all my peers were also as engaged in the game as me. This meant more competition. Every time my rank dropped because of some stupid move or a more skilful enemy, I got frustrated. I wanted to keep my rank up. I wanted to beat my friends' rank. But there were so many. And so I kept on playing and playing and kept my phone down only when my eyes started to burn or when I pulled a muscle in my neck.

I became a social recluse and the only solace I found was winning in PUBG. I had become a PUBG addict and I could see it affecting other parts of my life. I wonder, is this story true for everyone? 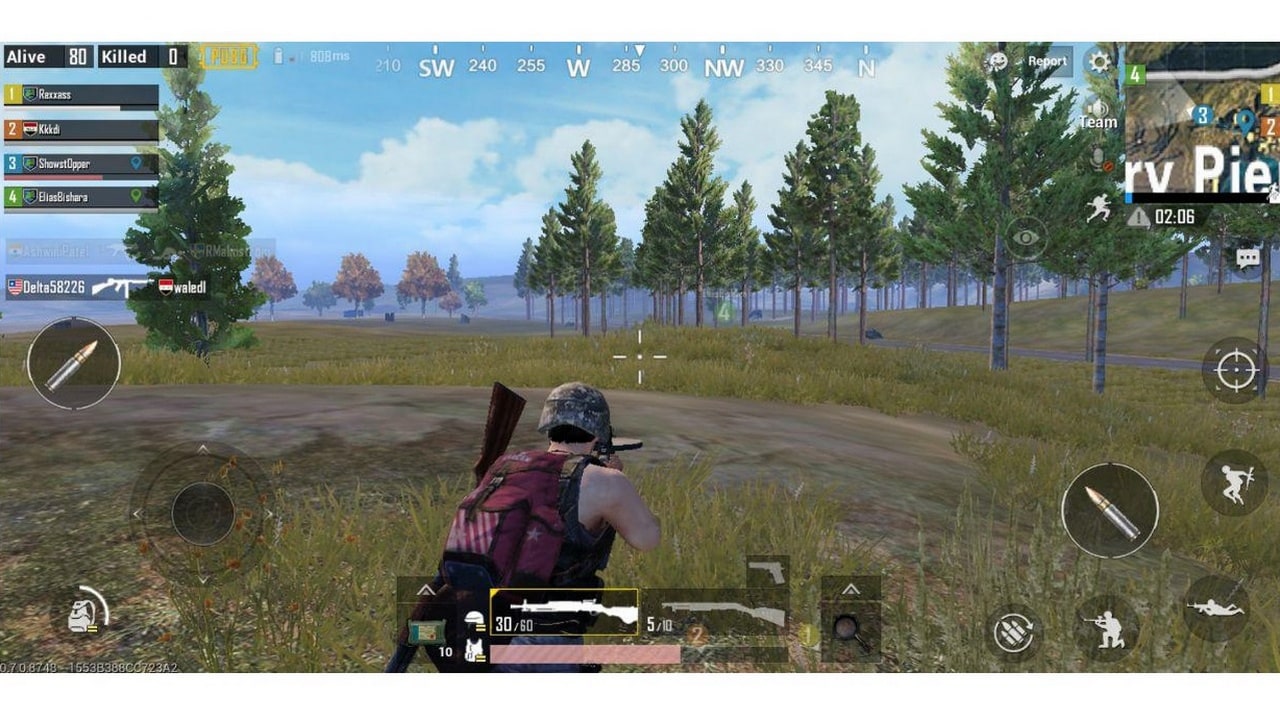 My brother who is studying for his board exams this year was also quite addicted to PUBG. Fortunately, he has the kind of will power that I never had. From playing nearly six hours a day for more than four months, my brother brought the number of playing hours down to zero to stay focused on studies.

Unfortunately, not everyone can have this kind of determination. While playing with random players online, I could hear what was being said in the background for a couple of players. On more than a few occasions I have heard parents screaming at their kids to leave aside PUBG and get back to studies. The kids, who appeared not more than 13-16 years of age from their voice, retorted angrily about how their family never let them play. Once I heard a child slam a door on his fathers face so that he would not disturb him. It was a rude reminder of the time when I also used to yell at my parents when they stopped me from playing Call of Duty.

Are school children in harm's way?

Amita Ganjoo senior Headmistress of Bal Bharti School in Noida, UP, told me that PUBG addiction can be compared to drug addiction. According to her, playing PUBG which is being justified as a 'stress-buster' by children is in reality leading to a lot of aggression among young adolescents. Meetu Tripathi, HOD of Computer Science in the same school said that apart from behaviour, the language of children is also being affected. They are constantly using words like 'maar usse maar', 'headshot le', 'goli chala', 'gaadi bhaga' and more while playing. The belief is that such words then start becoming part of the child's vocabulary.

Some teachers such as Pooja Sharma of KR Mangalam School, Gurugram, believe that banning the game is a step in the right direction.

It's very easy to say that PUBG Mobile must be banned. But what happens if another game catches a student's fancy tomorrow? Just a couple of years ago Pokemon Go had taken everyone by storm. Where does it stop?

"Banning is definitely not the solution. Instead, people who enjoy gaming would benefit by staying alert to the amount of time they spend on gaming activities, especially if they notice that they are excluding other daily activities more than usual. They should also be mindful to changes in their physical or psychological health and social functioning and assess if it could be attributed to their pattern of gaming behaviour, " says Divya Srivastava in her column for tech2 on the matter.

Is PUBG addiction a mental disorder?

The words mental health have been thrown around quite a lot while mentioning PUBG. Is addiction to PUBG a mental disorder?

Last year, the World Health Organisation (WHO) had called gaming addiction as a mental disorder. In an interview with WebMD, child and adolescent psychiatrist Victor Fornari said, "Aggressive games involving teamwork and killing enemies tend to be the most addictive for young people." But according to him, there are few treatment programs for such gaming related disorders as mental health professionals don't yet know how to treat this new-age disorder.

Whether in the US or in India, the concept of gaming addiction remains the same and as the situation stands right now, PUBG definitely seems to be on everyone's radar as the biggest culprit.

Should PUBG be banned?

The question everyone needs an answer to is: Should PUBG Mobile be banned altogether?

That looks to be a matter of perspective. People love playing PUBG. People even enjoy watching others play PUBG. As a matter of fact, some people enjoy other people watching other people play PUBG. I tried reaching to a couple of my friends who love streaming PUBG, asked their opinion on PUBG and the answer is unanimous. They play it because they love it and are making money from it.

Famous PUBG streamer Animesh Agarwal tells me, "PUBG has been a source of relaxation and entertainment for me and it helps me connect with a wide variety of people. I believe that the game is not at fault. It is the people who are playing it and not being able to manage their time who should be blamed."

I have tried reaching out to other major PUBG Mobile streamers such as Mortal and Gunshot, but they seemed to be pretty tied up in streaming at the time of going to print. I will update their quotes when they are done with their stream.

My thoughts on the matter are that no one is forcing anyone to play PUBG. It is a matter of personal choice. I myself am taking steps to ensure that PUBG doesn't envelope my life. For me, the simplest task is to say 'No' when I get the urge to whip my phone out and play.

Play the game. Don't let it play you.