These improved Google Lens features are not available on older Pixel phones yet.

Google launched its Pixel 4 lineup last month and several cool camera features of the phone were highlighted at the event. Pixel 4 consists of an array of camera sensors on the front including a dot projector, two IR cameras, and a flood illuminator to detect your face even in the dark. Portrait shots now have a wider range and Night Sight has been upgraded for long-exposure shots to capture the stars; they are calling it astrophotography mode.

It was confirmed by the company that Pixel 4 will not be launched in India as it features a Soli chip that uses a 60 GHz frequency band which is not allowed for public use in India.

(Also read: Google won't be releasing the Pixel 4 and 4 XL in India due to onboard soli chip)

One camera capability that did not get much attention at the event is that Google camera on Pixel 4 can reportedly let you scan, copy and translate text from an image. As per a report by XDA Developers, the Google Lens feature can help users copy text, translate text and scan documents via camera. When you hover the phone camera on a certain document, a "scan document" option will pop up on the screen. After you tap on this option, Google Lens will automatically crop the corner of the document and will let you share it in two ways — as a PDF and as an image. 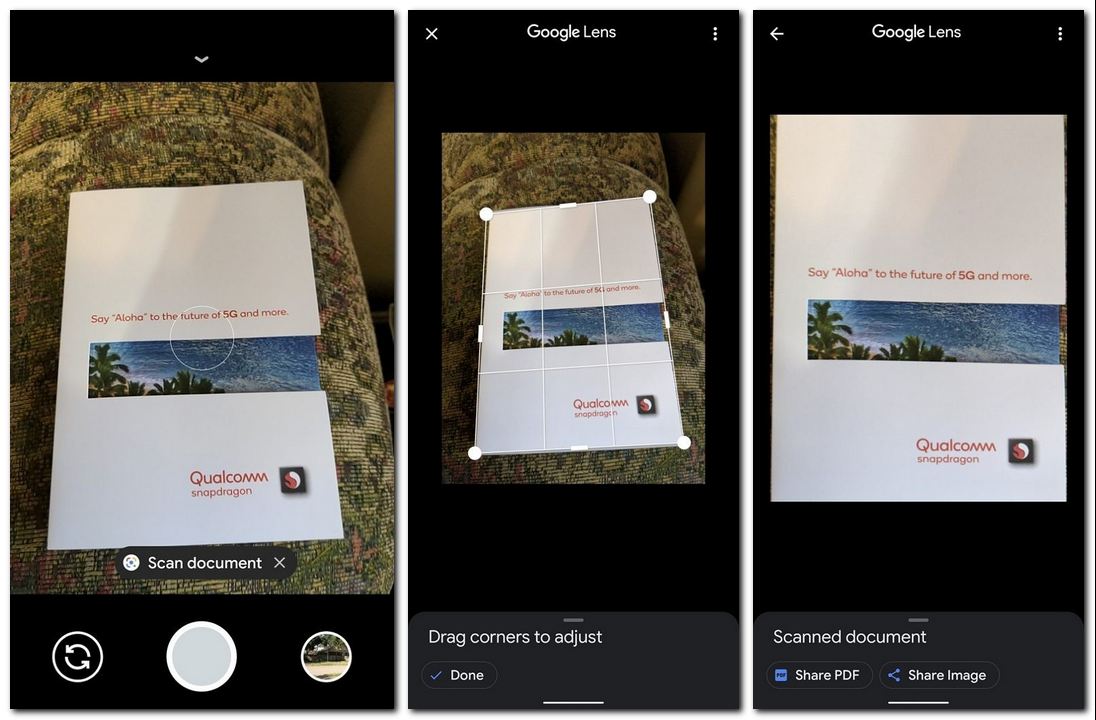 you can reportedly share the document as PDF and image. Image: XDA Developers

As for translation, the smartphones reportedly support English, Spanish, German, Hindi, and Japanese languages as of now. These improved Google Lens features are reportedly not available on older Pixel phones.

The Google Lens feature was announced two years back at Google I/O 2017.

Another highlighted feature on the Pixel 4 phones is Motion Gesture, which is enabled via the Soli radar chip on the front camera array. It allows you to use the wave of your hand to make gestures to control the phone such as skipping songs, snoozing alarms, silencing phone calls and much more. Google claims this is the first smartphone to incorporate a radar sensor.