According to the NASA, the partial solar eclipse will be visible from Antarctica and South America. It will not be visible to those India.

On 15 February, a partial solar eclipse will occur where the moon will partially cover the sun. This celestial event will be visible from the Southern Hemisphere of the Earth. 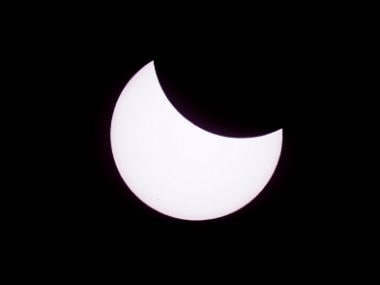 According to the NASA, the partial solar eclipse will be visible from Antarctica and South America. It will not be visible to those India.

The partial solar eclipse occurs when the sun, moon, and the Earth are not aligned together. Here, the moon partially covers the sun, therefore, the rays of the sun are obstructed from beaming.

For those who do get to witness this eclipse cannot see it with a naked eye. They would require eclipse glasses to view it. According to NASA, looking at the sun without adequate eye protection is dangerous.

According to space.com, the eclipse would be visible from Argentina, Chile, Brazil, Uruguay, and Paraguay

Speaking of eclipses, a rare total lunar eclipse took place recently, which was followed by the supermoon and the blue moon.