ColorOS 7 will likely come with gaming and multimedia features that may come preloaded with the custom skin.

After testing the Android 10-based ColorOS 6 last month, Oppo is now ready to release the latest ColorOS 7 operating system.

Oppo has teased a poster on Chinese social media platform Weibo, which reveals that on 20 November, the company will be hosting an event in Beijing, China, where it will officially release the new ColorOS 7. The event will begin at 2.30 pm CST, which is around 12 pm IST on the same day. The teaser also hints at a few features that we can expect in the new operating system for Oppo. The Gameboy, CD and the MP3 player in the poster seem like a hint at some gaming and multimedia features that may come preloaded with the custom skin. 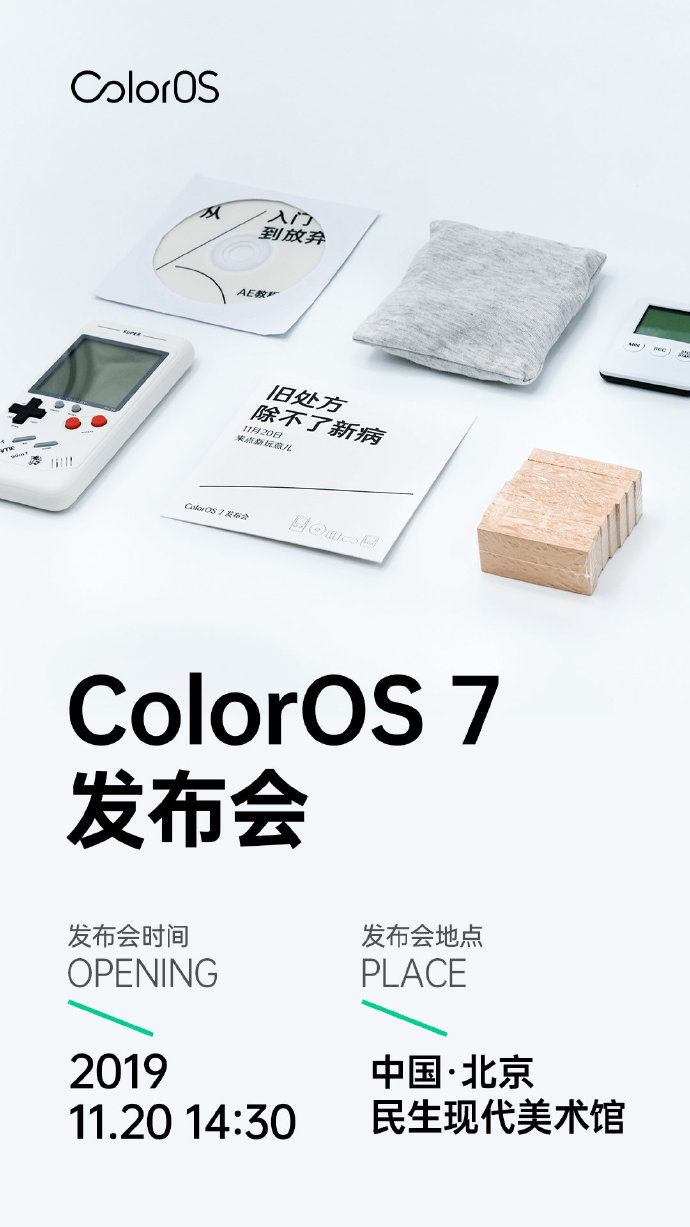 ColorOS 7 to launch on 20 November in China.

Last month, in an AskMadhav session on YouTube, Realme CEO Madhav Sheth spoke about the ColorOS 7 and said that alongside the version that is released for Oppo phones, a standalone version of the ColorOS 7 will be released for Realme device, that will offer users a “near-stock Android” experience.

Realme is also scheduled to host a launch event in India on 20 November, where it will be launching the Realme X2 Pro. At the same event, we could expect Realme to give us a glimpse of the ColorOS 7 for Realme phones.

Oppo announces ColorOS 7 in China, will arrive in India on 26 November

Realme U1 to Realme 2: Smartphones that will not be updated to ColorOS 7