It's a brave effort by Oppo to have a mechanical camera slider on the Find X, something that is an industry first.

Oppo has announced its flagship Find X smartphone in India for a price of Rs 59,990 and it will go on sale from 3 August on Flipkart. It wouldn't be a stretch to say that the Oppo Find X is currently the most innovative smartphone in the world. Among the many things that make this phone special is the mind-boggling 93.8 percent screen-to-body ratio and that feature which lets the entire camera module pop up.

The reason I call it the most innovative smartphone is that the Oppo Find X has managed to make the entire camera module pop-up when in use, and then slide back in when not in use. When it slides back in, you have an all-glass front without any notch and a smooth rear side without any camera protrusions. The entire top bezel of the smartphone pops-out revealing the two cameras at the back and one on the front. I got to use the phone for some time and here are my first impressions. 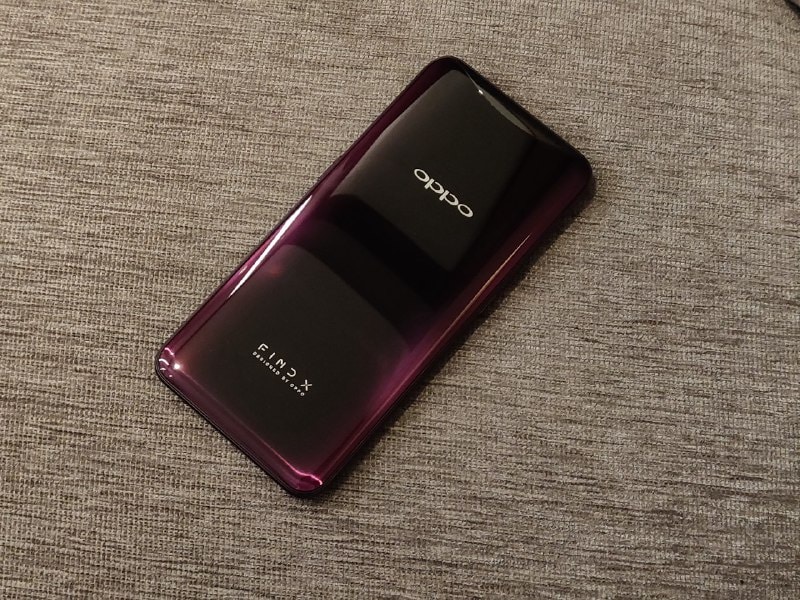 The Oppo Find X is a 2018 premium flagship and as such it has the hardware that goes along with it. Powering the device is a Qualcomm Snapdragon 845 SoC along with the Adreno 630 GPU. The device will come only in the 8 GB RAM + 256 GB storage variant in India. The Find X has 6.4-inch AMOLED display which is curved on both sides, not unlike the Galaxy S9 or the Note 8. The phone has a 3,700 mAh battery with VOOC fast charging capabilities. Clearly, the innovative design elements and its massive display will be the USP of Oppo Find X. Just glancing at this gorgeous device my initial impressions are that it is a real thing of beauty to hold in one's hand. Oppo became popular in India on the back of its selfie-centric smartphones, most of which were under Rs 25,000 price bracket. With the Find X, Oppo is pivoting to a premium flagship market where it will be competing with the likes of Apple, Samsung, Google with a Rs 60,000 price tag. That is a tough nut to crack, as suddenly consumers have to select between established flagship brands and Oppo, which till now is known more for its budget and mid-range devices. It will certainly be an uphill task for Oppo to convince customers to make the switch.

Having said that, the Find X is offering something that has never been seen before. It's a brave effort by Oppo to have a mechanical camera slider on its phone, something that is an industry first. In a country like India where dust is omnipresent, a mechanical element on a flagship phone can cause a lot of problems. There are many what ifs.

What if a layer of dust settles in the gap between the raised camera module and the rest of the phone body? What if the mechanism wears out sooner than expected? What if moisture collects in the fine gaps which seen when the camera element pops out? What if the module accidentally triggers while the phone is in the pocket?

We will get answers to at least some of these questions when we finally review the device. But off the bat, Oppo definitely needs to be shown some respect for at least trying out something radically different. Whether that pays off and creates a trend, is something only time will tell.

The phone will be available for sale starting from 3 August exclusively on Flipkart and offline retail stores across the country.