Oppo might consider throwing in an in-display fingerprint scanner into the secondary screen.

Having launched the Find X with a sliding pop-up camera, Oppo seems to be investing heavily in bringing newer technology to the masses before its rivals. As per a report, Oppo is currently working on full-screen smartphone along with a secondary display. 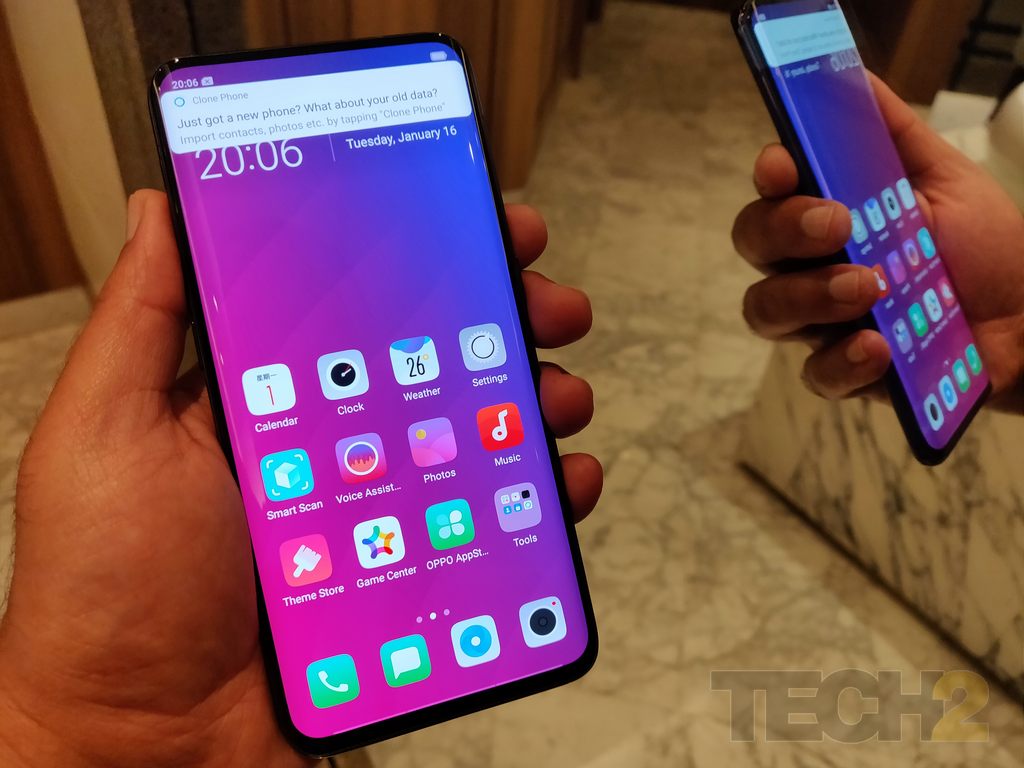 Based on a report by GizmoChina, after recently filling a bunch of patents for foldable smartphones, Oppo has just received approvals for patents it had filed for a new selfie smartphone. As per images in the patent revealed by a publication named LetsGoDigital, the smartphone features a full-screen design, similar to the Find X as well as a secondary touchscreen display at the back.

As per the report, scenes that are captured by the camera can be viewed on the second screen. The second screen also allows access to a number of camera options such as night mode, continuous video recording and self-timer apart from regular capture buttons. There will also apparently be an icon for users to conveniently switch between the displays. The secondary display is also placed on the upper half of the rear panel, in a manner that keeps fingers away from the possibility of accidentally touching the display.

The patent filed last September also reveals that the smartphone is dust-resistant and waterproof.

There is, however, no official word from the company stating that a smartphone with the new design is being worked on.

Oppo Find X to launch in India today: when, where, and how to watch the event