OnePlus has also added an India-centric feature in Open Beta 3 and 5 where the SMS app can “auto-sort” SMSes into different categories. 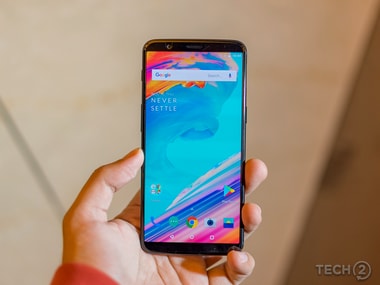 This comes almost two weeks after the previous Open Beta versions were launched for the devices. The latest version, Open Beta 5 and Open Beta 3 for OnePlus 5 and 5T respectively pack a number of bug fixes and new features.

According to the detailed posts announcing the launch of Open Beta 5 and 3 on the OnePlus forums, the changelog in both the versions is extremely similar. One thing to note here is that OnePlus has removed the Clipboard function that it had added previously after several reports expressed concerns over the data that it could, in theory, send to Chinese servers. The company has also added a CPU security patch with code CVE-2017-13218 in both the builds.

The new builds come with the option to select which way users want to swipe to receive a phone call. Last but not the least, OnePlus has also added an India-centric feature where the SMS app can “auto-sort” SMSes into different categories.

OnePlus has also added iPhone X-like gestures in Open Beta 3 for the 5T giving users the option to enable them from the settings app. This comes almost a day after the company launched a Buyback program for the OnePlus 5T in India. This means that the users can get cash and sell their older smartphones after ordering the OnePlus 5T.