The images revealed pit the OnePlus 8 Pro's ultra-wide camera against that of an unnamed smartphone.

OnePlus will launch the much-awaited OnePlus 8 on 14 April. Just days ahead of the unveiling, the OnePlus CEO Pete Lau posted four photos on Twitter that highlighted the prowess of the OnePlus 8 Pro camera.

Revealing that the OnePlus 8 Pro will sport an ultra-wide camera, Lau said that two of the images were clicked with the upcoming smartphone, while the others were taken by another flagship device.

“Ultra wide that can get ultra close. One side here was taken with OnePlus 8 Pro, the other with another flagship phone (I think you can probably tell which is which),” he wrote.

Ultra wide that can get ultra close.

One side here was taken with a OnePlus 8 Pro, the other with another flagship phone (I think you can probably tell which is which). pic.twitter.com/qOR1OiNod0

OnePlus has not officially revealed the camera setup on the smartphones that it will be launching in the OnePlus 8 series.

However, as per reports, the OnePlus 8 Pro might come with a punch-hole camera on the front, which is likely to be positioned at the top left corner of the display, and a triple camera setup at the rear. We’re expecting the following camera configuration: 64 MP wide + 20 MP tele + 12 MP ultra-wide.

The smartphone is likely to be powered by a Snapdragon 865 chipset and offer up to 12 GB RAM and 256 GB of internal storage. 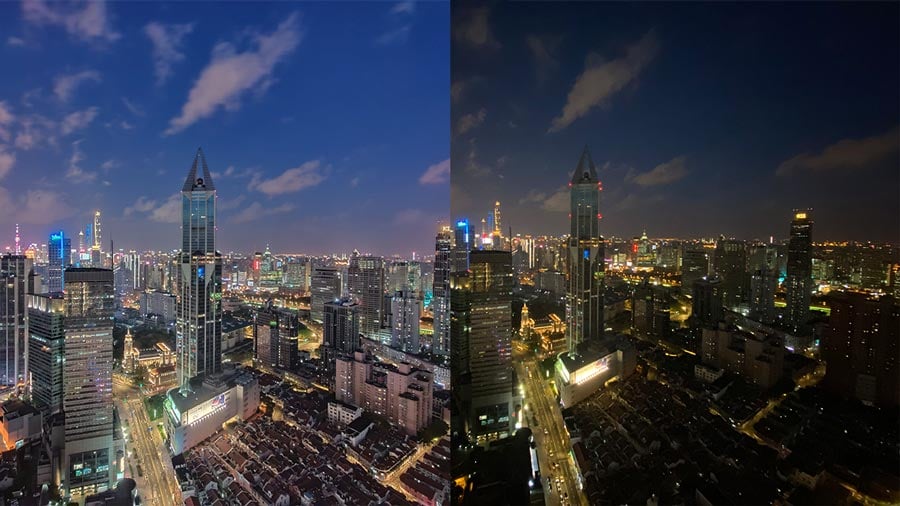 One of these images is from the OnePlus 8 Pro, the other from an unnamed smartphone. Image: OnePlus