OnePlus will be launching a device next year and it is rumoured that this new phone is expected to be the OnePlus 5T or the OnePlus 6.

The OnePlus 5, which was launched this June, was met with mixed response from the consumers. The phone had some flaws like the Jelly effect on the screen, copying the design language of the iPhone 7 and the company was also caught tweaking the OnePlus 5’s OS  to boost performance in benchmarks.

However, the phone fared well in performance and despite the drawbacks was still considered decent. Two months after its release though, Upcomingphones.net has revealed to us the concept design of the next generation OnePlus device. 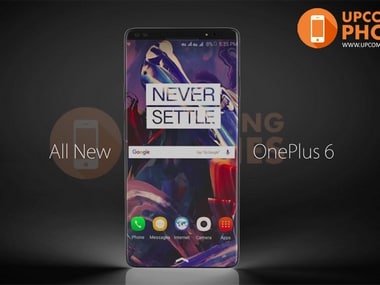 OnePlus will be launching a device next year and it is rumoured that this new phone is expected to be the OnePlus 5T or the OnePlus 6. The concept design shown to us reveals that this time perhaps the OnePlus may be focusing on providing a bezel-less display like the Samsung Galaxy S8, Note 8 or the LG V30.

There is absolutely no bezel on the bottom of the phone while a small amount is present on the top which sees a dual-front camera, which according to the report has a 16 MP resolution, a front-flash and a Retina scanner.

Also claimed is the fact that the screen is a 5.5-inch QHD AMOLED display with a fingerprint sensor embedded under it. This is something that Apple has planned on its upcoming iPhone 8. The report claims that the phone also has rear dual-camera with a 25 MP resolution. The RAM is going to be 8 GB with 32 GB, 128 GB and 256 GB internal storage variants. The battery may be increased to 4,000 mAh and support wireless charging as well.

OnePlus may also be making its phones water and dust proof. The OnePlus logo on the phone's back has been imagined to include bio metric sensors to monitor heart rate, hemoglobin level or something else. The phone has been claimed to come in three colours of Jet Black, Gold and Pearl White. Be aware that all these are, for the time being, mere speculations.

More information will be trickling in the upcoming months when leaks and renders start surfacing online.