Apart from the penta-camera smartphone and the expected Nokia 9 launch, we can expect HMD to announce the 2018 Nokia 6(globally) along with the Nokia 7.

The last we heard from Nokia was back in November, 2017 when it announced the much-awaited Nokia 2 at Rs 6,999 at an event in Delhi. While it seemed like Nokia Mobile was quiet during the holiday season and into the new year, HMD CPO, Juho Sarvikas claims it has been anything but that. 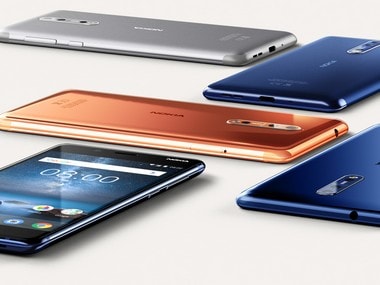 Sarvikas in a tweet claimed that while Nokia has been silent about new launches and announcements for a couple of months, the brand was busy planning for the upcoming Mobile World Congress 2018 (MWC2018).

The CPO claims that Nokia Mobile will see an "awesome" launch at the annual event, which we hope includes a number of new smartphone announcements, including the rumoured Nokia 9 flagship.

Nokia 9 is expected to be the next flagship smartphone from the HMD Global after the Nokia 8, which introduced the 'bothie' letting owners shoot and click video and photos using both (front and rear) cameras simultaneously.

Add to this a report by VTech which claims that Nokia could be preparing to launch a smartphone with five cameras this year. According to the source, HMD has already worked on a smartphone with a penta-lens, hinting (if our translations are right) a 5 camera setup for the primary camera (not 5 lenses in one camera). Nokia could be taking a page out of camera startup Light's 16 sensor setup (one sensor and lens for each shooting scenario) or it could be looking at 360 capture, like its OZO, camera.

Sorry for radio silence. Been super busy planning #MWC2018 . Please expect it to be awesome 😎

Yes, you heard that right! Five cameras, just for the rear setup. The website's source claims that he even used the device at a Foxconn facility but hinted that it could be announced mainly in the first half of this year.

If all goes well, the device will be sent to production soon. The same five-eyed smartphones is also expected to feature a 18:9 full screen display.

Apart from the penta-camera smartphone and the expected Nokia 9 launch, we can expect HMD to announce the 2018 Nokia 6(globally) along with the Nokia 7. Smartphones aside, Nokia could also announced the 4G variant of the humble 3310 feature phone at the MWC.