The design of the Nokia 7 Plus had already leaked out days before the event and there was little new to see in terms of the exterior.

HMD Global, the company that is behind all the Nokia-branded smartphones in the market has launched Nokia 7 Plus at Mobile World Congress 2018 (MWC). The company launched the Nokia 7 Plus along with four other devices, the Nokia 8 Sirocco, Nokia 6 (2018), Nokia 1 and the Nokia 8110 Slider with VoLTE at its launch event. HMD has priced the device at € 399 which is about Rs 31,804 and will go on sale from April in select markets. The design of the Nokia 7 Plus had already leaked out days before the event and there was barely anything new to ogle at in terms of the exterior. HMD Global has managed to pack some decent hardware on paper in the device including a Qualcomm Snapdragon 660 SoC with an octa-core CPU and an Adreno 512 GPU for graphics-intensive tasks. In comparison, the Nokia 6 (2018) features a Snapdragon 630 SoC. The 7 Plus packs in a 6.0-inch IPS LCD screen along with FHD+ resolution (1080x2160 pixels) in 18:9 aspect ratio and 403 PPI pixel density.

The Nokia 7 Plus will come with 64 GB internal storage with support for a microSD card with up to 256 GB capacity. The company has reduced the RAM to 4 GB instead of the 6 GB that came with the Nokia 7. It sports Android 8.0 Oreo out of the box while the microSD card takes up the second SIM slot. What is interesting is the fact that 7 Plus will be part of Android One program from Google. The reason for this is because HMD Global announced that all its devices including Nokia 3 and above will be the part of Android One program. Another detail that one can easily miss is the fact that the device packs a 3,800 mAh Lithium-Ion battery. 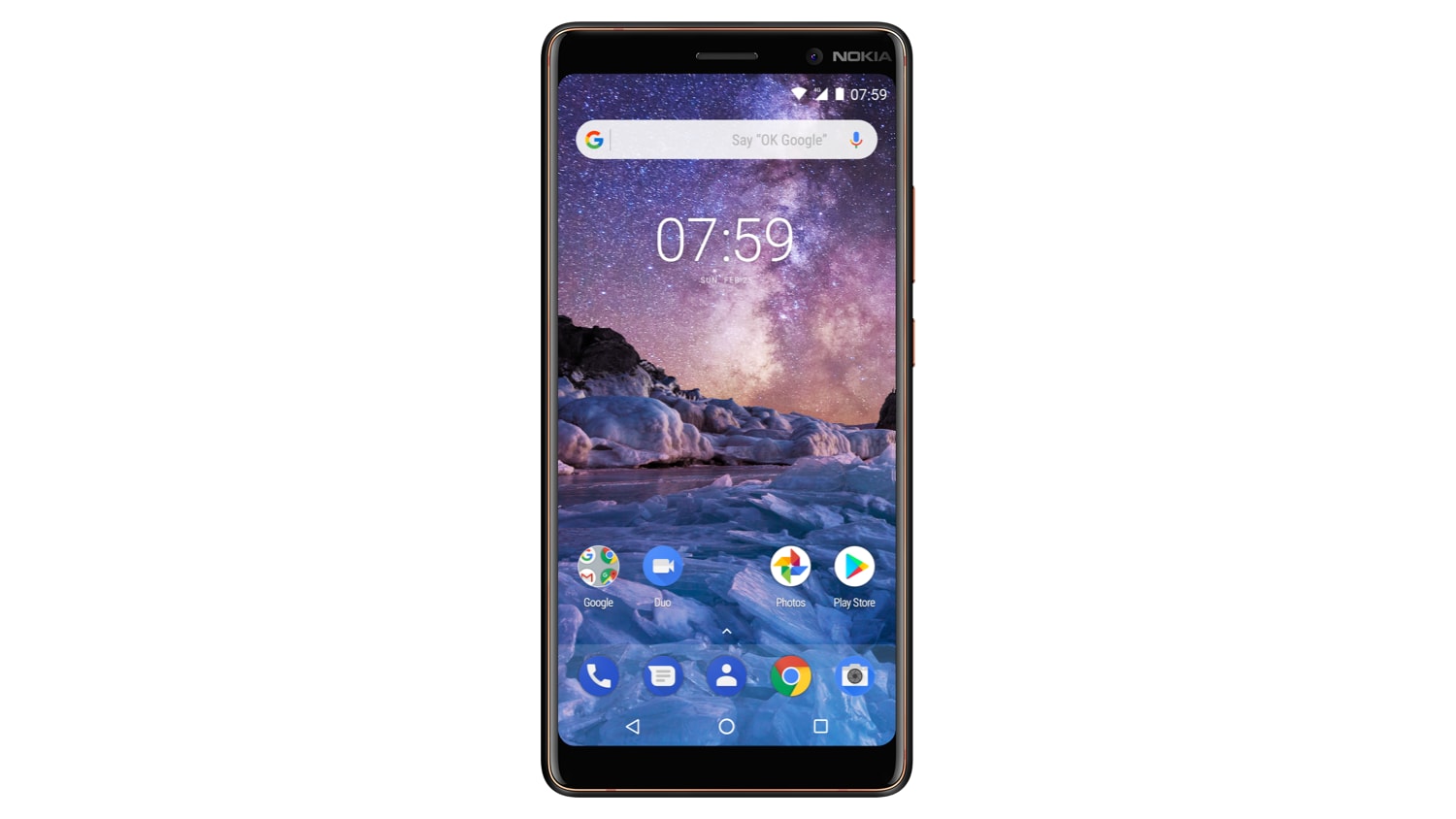 Nokia 7 Plus with Snapdragon 660 spotted on benchmarking site, expected to debut at MWC 2018