Nokia 1 will be launched as an entry-level Android Go smartphone in first half of 2018, say reports

Android Go was made keeping in mind countries like India and it could be more than possible that the Nokia 1 makes its way to India in 2018.

If reports are to be believed then it would seem that HMD Global's Nokia is jumping on the Android One bandwagon with its rumoured entry-level smartphone, the Nokia 1.

The device is said to be part of Google's Android Go program and is claimed to be available from the first half of 2018. 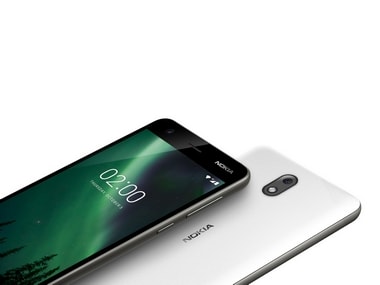 GizmoChina reports that Russia will be getting the device in March 2018 for a price of 5,999 Rubles (approx Rs 6,500). Now Android Go was made keeping in mind countries like India and it could be more than possible that the Nokia 1 makes its way to India in the coming months.

The device will reportedly feature an HD IPS-LCD display. Under the hood, we are expected to find a 1 GB RAM module along with 8 GB of internal storage. The Nokia 1 is expected to run Google's stock Android OS under the Android One program alongside Android Go, which is optimised for devices with low RAM and slower processing power.

The report claims that there is no word yet on which SoC Nokia 1 will use, but both Qualcomm or MediaTek have announced support for Android Go so it could be either of them.

No other information is currently available on the Nokia 1, but we can certain that there will be a lot more Android Go edition smartphones that will be seen in 2018.

Currently the entry level flagship from Nokia is called as the Nokia 2 and in our first impressions we had said that the phone was "trying to woo the millennial buyers with a large battery and clean Android OS", but the recent launch of Xiaomi's Redmi 5A has made the competition in the entry-level smartphone market very tough.