Other rumors surrounding the Mi 7 point out that it may have an 18:9 bezel-less display alongside dual-camera systems and a face authentication system.

Xiaomi is most likely going to take the wraps off its next flagship phone tipped to be called the Xiaomi Mi 7 at MWC 2018. Many leaks and renders have already surfaced online, the latest of which showcases the back of the device showing off a glass back and dual camera setup. 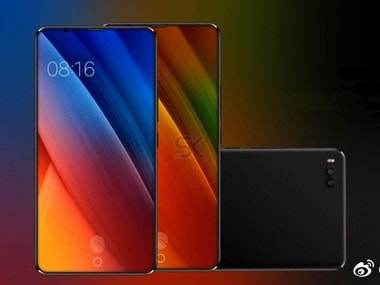 Now many have speculated that the Mi 7 will have wireless charging technology due to the presence of a glass back. Though nothing is official at the moment. But if this render is true then this would be the first Xioami phone which will support wireless charging.

While Xiaomi has made no official announcement of the Mi 7 being launched at the MWC 2018, the chances are quite optimistic as the Chinese smartphone maker had launched its previous flagship Mi 5 at last years MWC two years ago. However, it is certain that the Mi 7 will come with the latest Qualcomm Snapdragon 845 SoC after Xiaomi made the announcement at Qualcomm summit last year in Hawai. The previous version of the device, Mi 6, was restricted in many countries including India, however, after Xiaomi released the Mi Mix 2 in India, we can say that chances of Mi 7 coming to the Indian markets are quite high.

Other rumours surrounding the device point out that the phone may have an 18:9 bezel-less display alongside dual-camera systems and a face authentication system not unlike Apple's proprietary FaceID technology.

However, the presence of the of a rear-fingerprint sensor on the render dents the possibility of the phone having an under-the-display fingerprint reader, which was showcased by rival Vivo at this years CES convention in Las Vegas.