The specs suggest that the Motorola Moto Z3 will come with 6-inch 18:9 "Max Vision" FullHD+ AMOLED display, 4 GB of RAM and either 32 GB or 64 GB of built-in memory.

Motorola is ready to launch the next smartphone, Moto Z3 Play, in its Z-series. An earlier report suggested that the device will be launched on 6 June in Brazil. Recently, the specifications and images of the smartphone were spotted online. 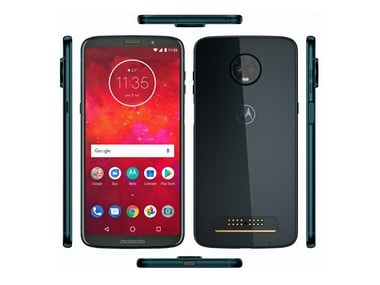 Now, in a recent development, the Moto Mod for the Moto Z3 Play has been spotted online. According to a report on XDADevelopers, the smartphone will also support a new 5G Mod, which is expected to bring 5G capabilities to the device. The Moto Mod can also be used with other Z-series of devices by Motorola.

The image of the Moto Mod shows a design with a single cavity for the camera on the rear, which hints that the smartphone will not come with fingerprint reader placed on the rear side of the device. The front part of the image shows that the Moto Z3 has no fingerprint on the front part of the display either. A report on GizmoChina suggests that the smartphone might come with a fingerprint reader placed on the side of the device.

The Moto Z3 shown along with the Moto Mod comes with a broad display (not completely bezel-less) which Motorola calls as MaxVision display. The 5G Moto Mod comes with one side of the top extended than the other one, which suggests that it might be the antenna used in the device. Motorola already has various Moto Mods including a battery Mod, a gamepad Mod, a projector Mod and more. 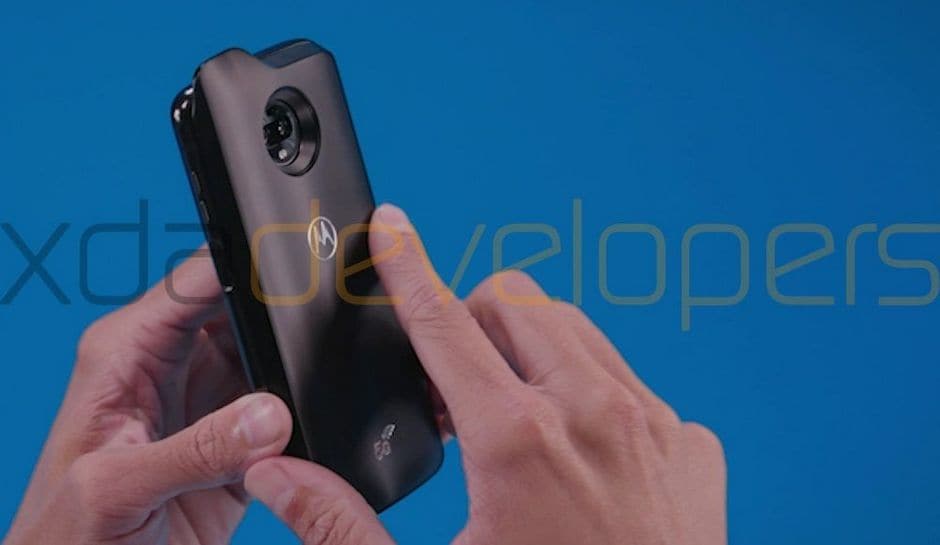 The specs suggest that the Moto Z3 Play will come with 6-inch 18:9 "Max Vision" FullHD+ AMOLED display, 4 GB of RAM and either 32 GB or 64 GB of built-in memory. It is expected to come with 12 MP primary camera and 8 MP front camera. It is expected to be powered by 3,000 mAh battery.