Currently, it's still unclear if both Edge and Edge+ smartphones will be launched in India or just the latter. 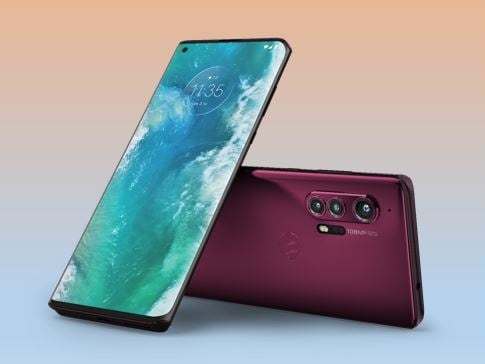 On Saturday, Mani put out a tweet about the making of the Motorola Edge+ and the technology behind it. That tweet ended with "Coming soon to India!".

The all-new Motorola edge+ is reinvigorating the flagship space with a Bold endless edge screen innovation,Fastest 5G performances with Snapdragon 865 and a monster 108 mpx camera .Here is a sneak peek into what went behind creating the #AbsoluteEverything. Coming soon to India! pic.twitter.com/xhH8wjMREu

Currently, it's still unclear if both Edge and Edge+ smartphones will be launched in India or just the latter. We also don't have the exact date of the launch yet. Keep following this space for an update on that.

As for specifications, we already know that the Edge+ features a 6.7-inch HDR10+ AMOLED display that has a 90 Hz refresh rate. It is powered by Snapdragon 865 processor and offers 12 GB RAM and 256 GB internal storage. It also comes with an in-display fingerprint sensor. Motorola Edge Plus with Snapdragon 865 Soc is now on sale on Flipkart at Rs 74,999

Motorola teases launch of 5G Edge Plus smartphone on 22 April: All we know so far

Motorola Edge 20, Edge 20 Fusion teased to launch in India soon: All we know so far