Both smartphone will be available for purchase starting 25 March at all offline stores and Flipkart.

After the launch of the Moto G7 Power in India earlier this year, the company has now announced two new phones in the market — Moto G7 and Moto One.

The Moto One is the second smartphone by the company under the Android One segment, after the Motorola One Power. Both the Moto G7 and Moto One have been announced in single variants, and both are available in Clear White and Ceramic Black colour options.

While the Moto G7 is priced at Rs 16,999, the Moto One has been launched at Rs 13,999. Both smartphones will be available starting 25 March across all mobile stores offline as well as on Flipkart.

Additionally, Motorola India has also announced some launch offers on both smartphones. The Moto G7 and Motorola One buyers will get up to Rs 2,200 cash back offer from Reliance Jio on Rs 198 and Rs 299 prepaid plans. 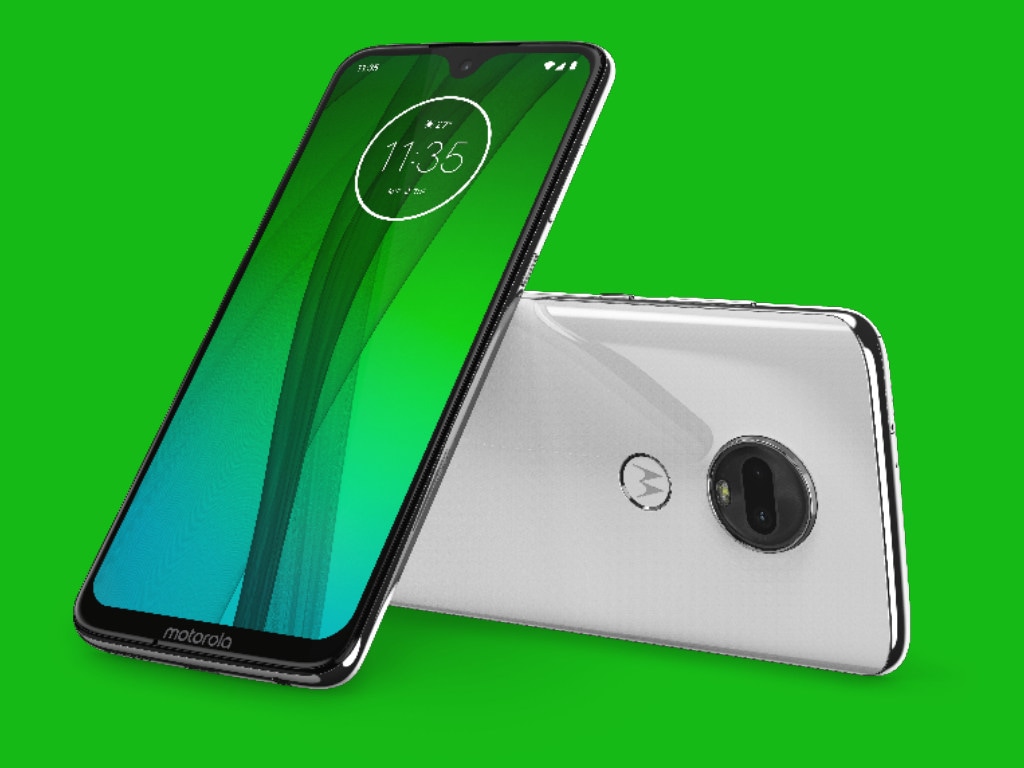 The Moto G7 comes with a 6.2-inch LCD display with a resolution of 2,270 x 1,080 pixels and a 19:9 aspect ratio. The phone's design maintains the-now-industry-standard waterdrop notch. The smartphone features a 3D glass build and has a layer of P2i water repellent coating on the front. At the back, the Moto G7 sports a fingerprint sensor.

Under the hood, the Moto G7 is powered by Qualcomm Snapdragon 632 chipset, which is accompanied by 4 GB of RAM and 64 GB of internal storage, which can be expanded to up to 512 GB via a microSD card.

For photography, the Moto G7 sports a dual rear camera setup, which comprises a 12 MP and a 5 MP sensor. For selfies, it sports an 8 MP shooter. The Moto G7 runs Android 9 Pie and is fuelled by a 3,000 mAh battery, which supports fast charging with the 15 W power adapter that comes bundled with the device. Moto One specifications and features

The Moto One, on the other, sports a 5.9-inch HD+ display with a 19:9 aspect ratio. The notch on the Moto One replicates what we have seen on the Motorola One Power, and is much larger than the Moto G7's.

Powering the smartphone is Qualcomm Snapdragon 625 chipset, which is accompanied with 4 GB of RAM and 64 GB of internal storage, which is expandable up to 256 GB using a microSD card.

It sports a dual rear camera setup as well, which includes a 13 MP and a 2 MP sensor. At the front, it has an 8 MP camera.

Similar to Moto G7, Motorola One also sports a rear-mounted fingerprint sensor, it is fuelled by a 3,000 mAh battery and comes bundled with a 15 W power adapter.