Moto E6s is powered by an octa-core MediaTek Helio P22 processor and houses a 3,000 mAh battery.

Motorola has launched Moto E6s in India today. The smartphone is essentially the India-customised version of the recently launched Moto E6 Plus. The Moto E6s' highlight is 4 GB RAM and the Android One UI in the sub-Rs 10,000 segment.

The newly launched smartphone comes in one storage variant — 4 GB RAM + 64 GB internal storage and it is priced at Rs 7,999 in India. It is currently available in a silver colour variant and a red colour variant that will be launched next month.

It will be available for purchase on Flipkart exclusively starting 23 September. Moto E6s is currently available in a silver and a red colour variant.

The all-new #motoE6s is available in two stunning gradient finishes - Rich Cranberry, and Polished Graphite. #AbNoCompromise when you have make a statement. https://t.co/6HdTaWLfS4 pic.twitter.com/shxvayvst2

Motorola India has also announced launch offers with Reliance Jio, wherein users can get a cashback of up to Rs 2,200.

Get heavy Jio offers with upto ₹2,200 cashback, other coupons and exclusive vouchers on the all-new #motoE6s. #AbNoCompromise

Moto E6s sports a 6.1-inch HD+ Max Vision IPS display with an aspect ratio of 19:5:9 and 720 x 1560 pixel resolution. It is powered by an octa-core MediaTek Helio P22 processor and offers one storage variant of 4 GB RAM and 64 GB internal storage variant. It runs on Android 9 Pie and houses a 3,000 mAh battery.

On the camera front, Moto E6s features a dual rear camera that uses a 13 MP primary sensor along with a 2 MP depth sensor. On the front, there is an 8 MP camera for selfies.

As expected, Motorola has also launched its first series of smart TVs today. Motorola announced six variants of TVs, which start at a price of Rs 13,999 and go up to Rs 64,999.

Following are the variants: 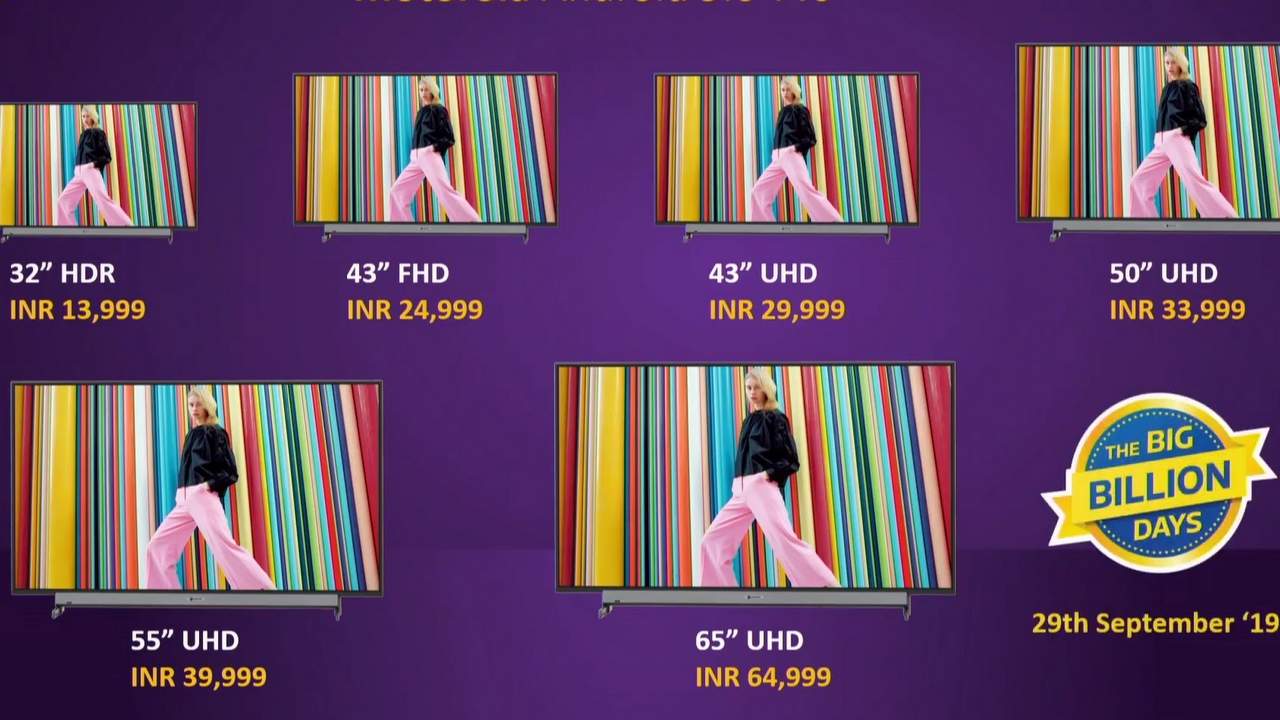 Motorola TV has been launched in six variants.

The Motorola TVs are powered by Mali 450 GPU, 2.25 GB of RAM and 16 GB internal memory. For audio experience, the TVs will feature a 30 W front-firing speaker which has DTS Tru Sound support along with Dolby Audio. The TV will also come with separate remote control for gaming.

Additionally, the smart TVs will come with HDR 10, auto-tuneX display technology, and have 1.07 billion colours.

The Motorola TVs will be available starting 29 September on Flipkart during the Big Billion Days sale.