LG V30 Plus is launching today: Here's everything you need to know

The only noticeable difference the LG V30 Plus has from its younger sibling V30, is the presence of 128 GB of onboard storage instead of 64 GB.

The LG's flagship V30 Plus smartphone is set to launch in India on 13 December in an event in New Delhi. The V30 Plus was originally unveiled at the IFA 2017 event in Berlin and it seems that the only noticeable difference it has from its younger sibling V30, is the presence of 128 GB of onboard storage instead of 64 GB as present in the V30. 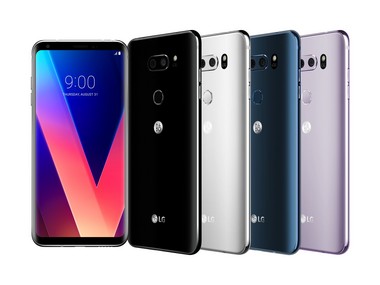 The V30 Plus sports an impressive 6-inch Quad HD+ OLED FullVision display, with an 18:9 aspect ratio. The secondary screen seen on the LG V20 has been removed and replaced with a Floating Bar”.

In terms of the hardware the V30 Plus has a Qualcomm Snapdragon 835 chipset under the hood alongside 4 GB of RAM and as mentioned earlier, 128 GB of storage. The phone runs on Android 7.1 Nougat.

The camera department of the device features a dual-camera system on the back with wide-angle and telephoto setup. The primary lens has a 16 MP sensor with a f/1.6 aperture alongside OIS, EIS and hybrid auto-focus and the second lens has a 13  MP sensor and an aperture of f/1.9. The front of the device has 5 MP sensor.