Leaked photo of the Lenovo Z5S on the Weibo post showed a triple-camera setup like the Huawei P20 Pro.

In today's world RAM on a smartphone is touching new heights. A couple of years back even 4 GB RAM was considered a novelty and now we are seeing phones that are coming with 10 GB of RAM like the OnePlus 6T Mclaren edition, Mi Mix 3 and more. Now a new leak has pointed to a phone with even more RAM than this. A post on Weibo, and also a spec-sheet leak by Slashleaks shows an upcoming smartphone from Lenovo called the Lenovo Z5S Ferrari SuperFast edition. The highlight feature of this smartphone happens to be that it comes with a whopping 12 GB of RAM. Apart from that, the spec sheet reveals that the phone will be powered by the Snapdragon 845 chipset and have 128 GB of internal. 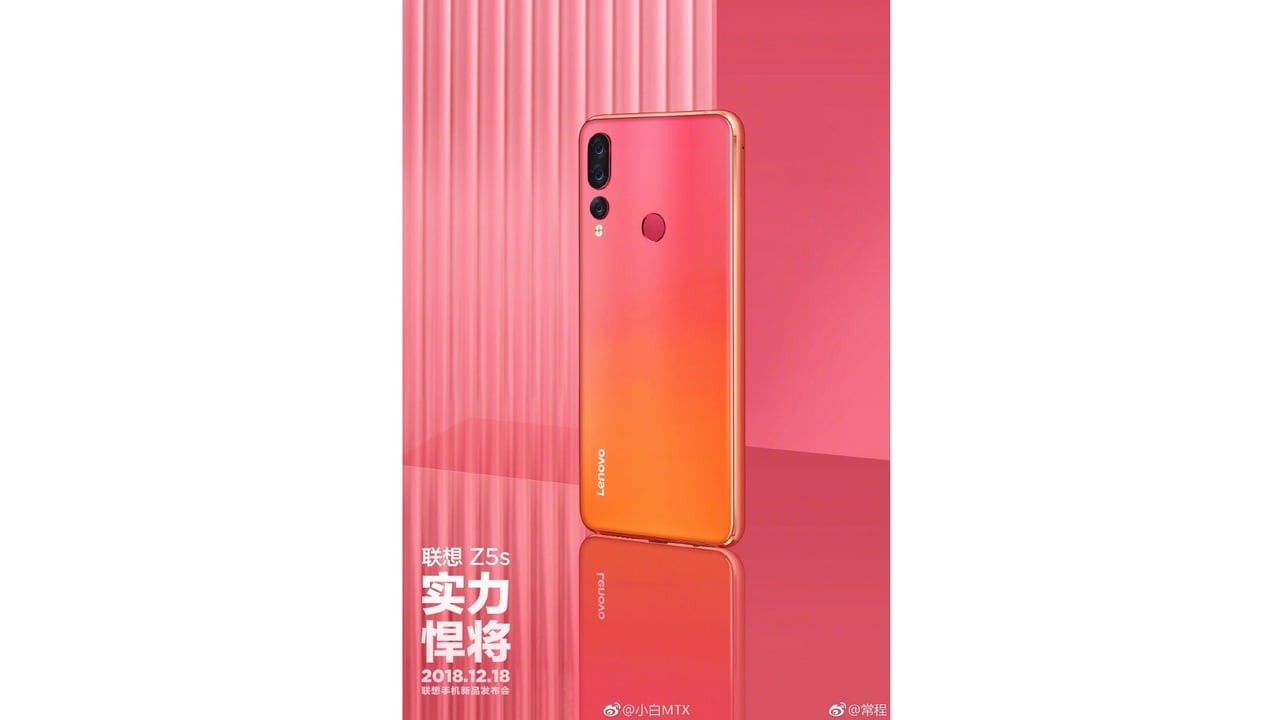 The leaked photo of the Z5S on the Weibo post showed a triple-camera setup like the Huawei P20 Pro and also a gradient two-tone colour pattern consisting of pink and orange. The Ferrari branding is nowhere to be seen on the phone so one can assume this might not be the most authentic source of confirming the device.

Sportscar branding and smartphones have picked up pace this year with a lot of manufacturers such as Oppo, Huawei and OnePlus, associating their devices with major sportscar brands. Lenovo is the fourth in line, but as of right now we are not aware when the smartphone will actually be launched.