Lenovo Z5 Pro rear camera was also said to come with a dual camera setup with 24 MP and 16 MP sensors.

Only a day to go for the launch of the new Lenovo Z5 Pro to be unveiled at a launch event in China. The launch date i.e 1 November was declared through a post on Weibo by the company's VP Chang Cheng and now there are more features about the phone that are being revealed.

While the previous poster revealed that the phone will likely come with a mechanical slider which will house the front camera. A new poster by Lenovo on Weibo also talks about the presence of a feature being referred to as 4D-U built integrated into Lenovo's UI called ZUI 10. The front camera is also said to be enabled with AI for Super Night mode and Super Video. As for the back camera, it is expected to be a dual camera setup with a primary 24 MP sensor and 16 MP secondary sensor. 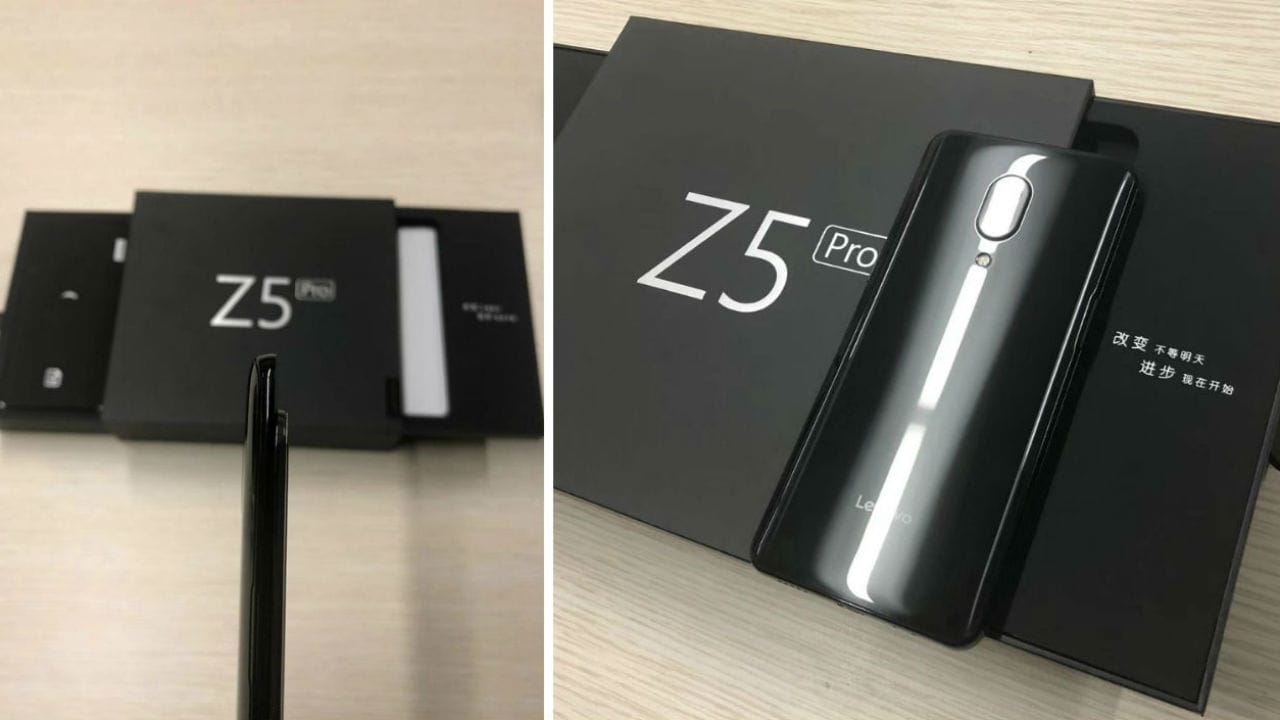 There is also a new leak which leaves very little room for imagining the design. A report by MyDrivers states that Lenovo will use dual-screws with six position guidance to keep the slider technology in place.

It is said to feature the world's most expensive in-display fingerprint reader as well and has claimed to test the mechanical slider for more than 3,00,000 times. The leaks show the phone to have rounded edges and also the ultra-thin body of the phone even with a full-screen slider design and ZUI 10.

Also along with these ones can see an LED flash on the back, below the dual camera setup. Lenovo Z5 Pro is expected to come with Android 8.1 Oreo out of the box.

Previous leaks claim the phone to come with a Snapdragon 845 chipset and up to 8 GB of RAM. The Z5 Pro is also expected to feature a large 6.5-inch display with a resolution of 1440×2880 pixels.