Moreover, since all the phones in 2018 are focusing on artificial intelligence, the photo shots can indeed distinguish between the subject in focus from the background.

Days ahead of OnePlus 6' launch, its CEO Pete Lau had teased pictures which he had taken using the OnePlus 6 the company's flagship smartphone. While the smartphone was yet to be launched, it did give fans a hint of what one could expect. Following suit, Lenovo's CEO Chang Cheng has posted on Weibo photo shots taken from the Lenovo Z5, which is expected to be the Chinese smartphone maker's flagship smartphone this year. 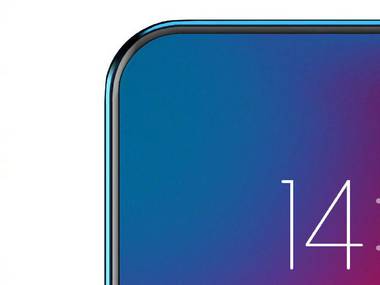 The photographs were posted on Chinese social network Weibo, a day after he had posted a teaser, which gave out new details about Lenovo Z5’s battery life. The smartphone is expected to have a backup of 45 days.

Coming back to the three photographs taken by the Cheng. They seem to be taken in portrait mode showcasing an enhanced depth of field. In these pictures “Lenovo Z5 AI Dual Camera” is mentioned on the left side, the logo of which also hints at a dual camera setup at the rear. The dual camera comes with an AI sensor which is supposed to distinguish between the subject and the background, separating the two to create the bokeh effect with blurred background.

Moreover, since all the phones in 2018 are focusing on artificial intelligence (AI), the camera can indeed distinguish between the subject in focus from the background using the same. In all the VP, teased three pictures shot in portrait mode. Out of them two are coming out well, while the third messes up with the background and is quite blurred.

Accroding to a previous report, the Lenovo Z5 is expected to have a 100 percent body to screen ratio.